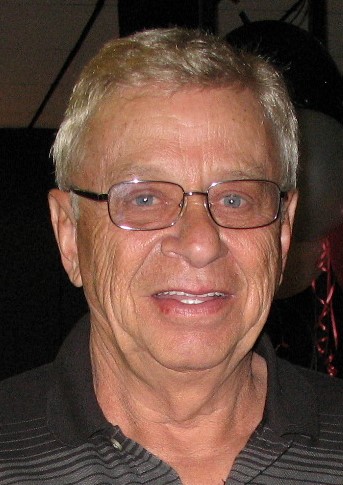 moved to Battle Lake in 1992 where he lived at his home on Otter Tail Lake, following a lengthy career in the newspaper publishing industry.

A visitation and prayer service / memorial will be held on Saturday, Nov. 3 from 11 a.m. to 1 p.m. at the Glende – Nilson Funeral Home in Battle Lake.  The prayer service will begin at 1 p.m.

During his professional career, Jerry published the Canby News from 1976 - 1992, and took great pride in promoting the Canby community and its business community, and it showed in his work.   He was active in the Canby Rotary Club, Chamber of Commerce, Pheasants Forever, Ducks Unlimited, and his church at Nicolai Lutheran in Canby.

He graduated from Hankinson High School in 1961, and was a star athlete in basketball, baseball and football.

He attended the North Dakota State School of Science, Wahpeton, ND, from 1961-1962 where he studied journalism and printing, and was a member of the NDSSS basketball team.  On July 7, 1962, he married Elois Stoltenow, Great Bend, ND. Shortly thereafter, the two moved to Elbow Lake, MN, where he worked at the Grant County Herald newspaper from 1962-1972.  While living in Elbow Lake, they welcomed the birth of a son, Corey, and later a daughter, Debbie.

Jerry passed at Sanford Health, Canby, after losing his battle with lung cancer.

To order memorial trees or send flowers to the family in memory of Gerald Bohn, please visit our flower store.