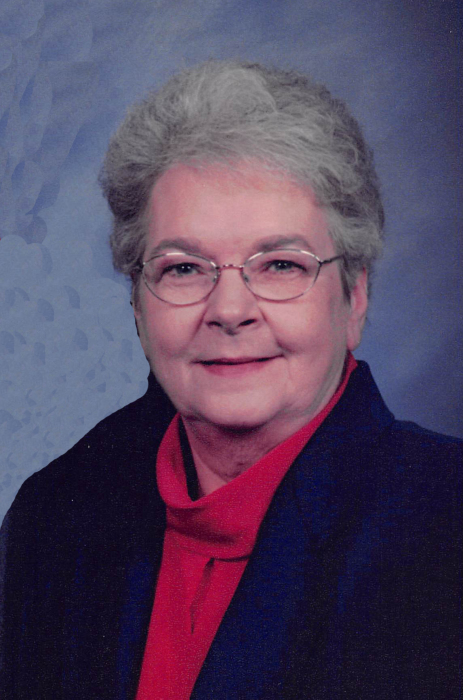 Faye Helene Evavold, the daughter of Edwin and Anna (Knutson) Johnson, was born on March 13, 1942 in Grafton, North Dakota.  She grew up in Hoople, ND, and where she was confirmed, later moving with her family to Detroit Lakes.  While in high school, she worked as a candy striper at Detroit Lakes Hospital.  Faye graduated from Detroit Lakes High School.

On March 4, 1962, Faye married LeRoy Allan Evavold in Grue, Minnesota.  The couple made their home in Spring Lake Park, and then Rogers, retiring in 1999, at which time they moved to Evansville.  Faye and LeRoy raised four sons and cared for more than 30 foster children in 12 years.

Faye worked as a nurse’s aide for the Elk River School District; was Emergency Services Director for Hassan Township, Hennepin County, Minnesota; and was first aid tent manager at the Rogers Threshing Show.  Faye worked at the Rogers truck stop for 15 years, starting out as a cleaning lady, and retired as assistant manager.

Faye was a beautiful soul with a big heart for those in need.  She loved Native American art, nature, DIY projects around the house, and gospel music.  She was a warm and loving wife, sister, mother, mother-in-law, grandmother, and great-grandmother.

In addition to her parents, she was preceded in death by her sister, Beverly Bulick; two brothers, Charles and Douglas Johnson; in-laws, Elmer and Margaret Evavold, James and Morris Evavold, and Marlys (Irv) Beuthling.

Visitation: 5 – 7 PM Friday, at Glende-Nilson Funeral Home, Ashby, and one hour prior to services at the church.

To order memorial trees or send flowers to the family in memory of Faye Evavold, please visit our flower store.