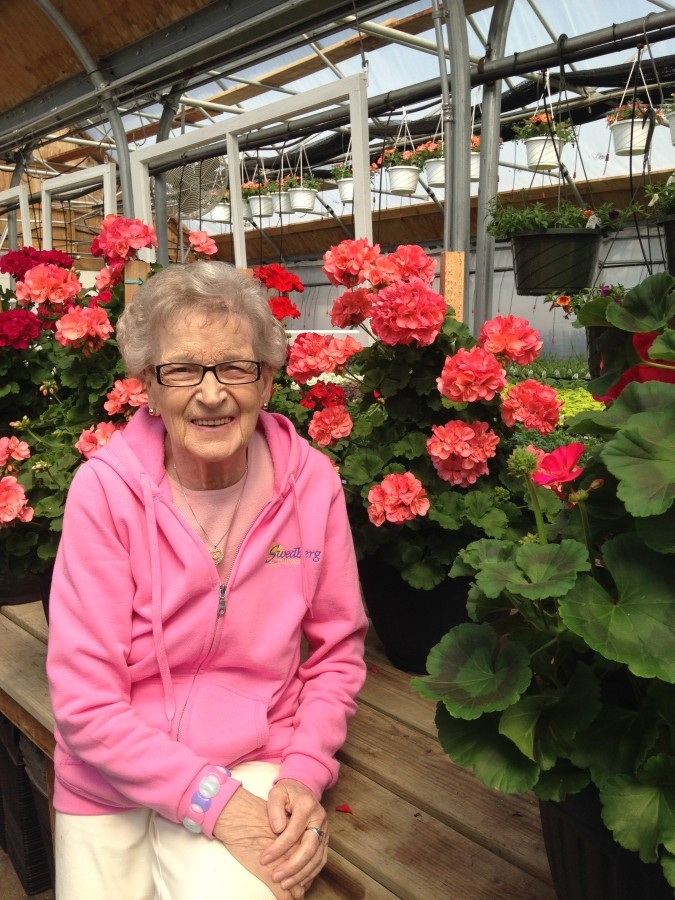 Eunice (Gibson) Swedberg, age 85, of Battle Lake, MN passed away Wednesday, February 5th, 2020, surrounded by her family at the Lake Region Hospital in Fergus Falls, MN.  Eunice Louise Gibson was born to Adah (Swanson) and Rev. Carl Gibson on September 11, 1934 in Bagley, MN.  She graduated from Onamia High School in 1952.  On March 11th, 1953 Eunice married the love of her life, Robert Swedberg and they settled in Dalton, MN near Stalker Lake.  The next year they moved to Battle Lake, MN and had three children, Roxanne Louise, Timothy Robert, and Lynne Ruth.

In February 1962, Robert, Eunice and kids moved to Elbow Lake, where they purchased a floral shop/greenhouse and worked together in the business for 10 years.  Eunice was an indispensable partner for Robert in their business and enjoyed flowers of all kinds.  She designed many beautiful floral bouquets for special events in people’s lives.  They were very involved in the ministry of Grace Evangelical Free Church in Elbow Lake, where Eunice played the piano and Robert and Eunice frequently sang duets for weddings and funerals.  In 1972, the family moved to a home on Pickerel Lake rural Underwood, MN and they purchased Swedberg Nursery in Battle Lake from Robert’s uncle, Jake Swedberg.  Once again, Eunice continued to support Robert in their family business, Swedberg Nursery.  Eunice used her talent as a pianist for the Christian Missionary Alliance Church.   In 1994, Robert passed away and Eunice continued independent living until 2013, when she moved into Lakeview Senior Living at Good Samaritan in Battle Lake.  Eunice was known for beautiful flowers and landscape at their home on Battle Lake.  She will be remembered for her genuine love and dedication to family, her love for music, and her unwavering faith.

Funeral service will be 2:00 PM, Saturday, February 22, 2020, at the Battle Lake Christian Missionary Alliance Church, with visitation one hour prior to the service.

Interment will be in the Lakewood Cemetery in Battle Lake.

To order memorial trees or send flowers to the family in memory of Eunice Swedberg, please visit our flower store.