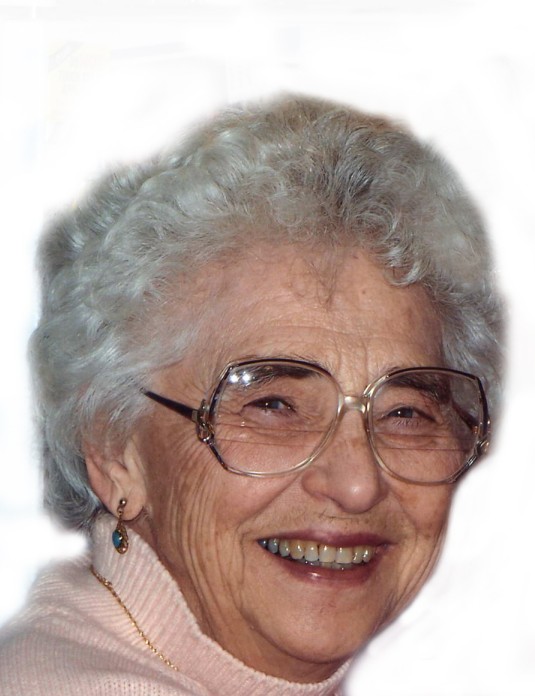 Ethel Helen Ruby was born on February 20, 1926, in Fergus Falls, MN, the daughter of Max Kronemann, Sr. and Wilhelmine (Holthusen) Kronemann. She was one of 13 children. Ethel was baptized and confirmed at First Lutheran Church in Fergus Falls and graduated from the Fergus Falls High School in 1943.

On July 17, 1945, she married Phillip Orvin Thompson in Elbow Lake, MN. Phillip and Ethel farmed 160 acres near Wendell, MN from 1945 – 1969.  In the 1960’s, Ethel worked as a nurse’s aide at the Elbow Lake Hospital and as the Trinity Lutheran church secretary.  In 1969 they moved to Canyon City, CO where Ethel worked at the Penrose and Canyon City hospitals.  For a short time, they lived in Parker, CO and Aurora, CO then settling in Loveland, CO.  While in CO, Ethel worked for the Federal Aviation Agency, secretary at the King of Glory Lutheran Church, and bookkeeper at Country View Resident Center.  In 1995, they moved to Fergus Falls, MN where she worked as a secretary for Calvary Lutheran Church.

Ethel was involved in teaching Sunday school, singing in the choir and participating in the Ladies Aid at Trinity Lutheran Church in Wendell, MN.  In CO, Ethel was a member of Sweet Adeline’s.  She was very active member in her church, singing in the choir as well as solos, and lay reader.  In Fergus Falls, in addition to her active membership at Calvary Lutheran Church, she was active with the Y’s Folks, the local National Association for Mental Illness, food bank, and Welcome House.   She received many awards for her volunteerism in CO and MN.  And she loved working in her flower beds, watching the birds on the lake, reading, and doing puzzles.

She was preceded in death by her husband, Phillip O. Thompson in September 2016; a daughter, Diane Lois Thompson in December 1946; Sisters and their husbands; Ruth and Conrad Peterson, Esther and Herbert Schroeder, Emma and Elwin Peterson, Harry Lundell, Frieda and Merton Asleson , Harold Miller,  Evelyn and Waldemar Asleson and  Irene and Allan Eckley; Brothers and their wives, Max and Sylvia Kronemann, Art and Lucy Kronemann, Herb and Hazel Kronemann;  Kenny and Mary Ann Kronemann,  and two brothers who died in early childhood – Waldemar and Edmund Kronemann.

Visitation: Friday, December 13, 2019, from 5-7 PM, at the Glende-Nilson Funeral Home in Fergus Falls and continuing one hour prior to the service at the church.

In Lieu for flowers donations can be made to Calvary Free Lutheran Church, 1416 County Highway 111, Fergus Falls, MN 56537.

To order memorial trees or send flowers to the family in memory of Ethel Thompson, please visit our flower store.