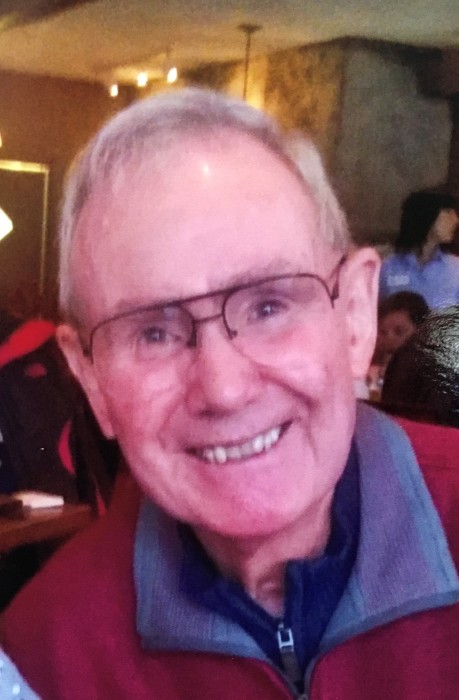 Like his father before him, Ted attended Harvard College in Cambridge, Massachusetts. He graduated in 1953 and then spent the next three years at Union Theological Seminary in New York City. He was ordained as a minister on June 3, 1956.

Ted married his first wife, Barbara Underhill, in June of 1954. In 1956 they had a daughter, Holly. Ted served his first church in Jamesport, New York, at Jamesport Congregational Church, from 1955-1957. Ted’s marriage to Barbara later ended.

In 1958 Ted married Ruthe Charlotte Clementsen, who brought her three children (Jeffry, Penny, and Neil) to the union. Together Ted and Ruthe had a daughter, Lori.

Ted served as minister of the Hurley Community Church in Hurley, New Mexico, from 1959 to 1964. The family then moved to Chatsworth, California, where Ted served as minister of The Congregational Church of Chatsworth until 1974. While between churches from August 1974 through March 1975 Ted, Ruthe, and Lori lived in an old, one-room family cabin on 14 wooded acres in New Ipswich, New Hampshire. In 1975 Ted began serving the people of the Federated Church of Sturbridge and Fiskdale in Sturbridge, Massachusetts. Ruthe and he stayed there until his retirement in 1994. They spent some time in New Ipswich, NH, and then moved to Washington Island, Wisconsin, where they enjoyed twenty years in a beautiful island community. In 2014 they moved to the Good Samaritan Senior Living Apartments in Battle Lake, Minnesota.

Ted had a wonderful singing voice and loved the church hymns.  He was an avid fisherman and camper for many years, enjoying the outdoors and month-long camping trips every summer while the children were growing up. He was especially fond of a good storm and lots of snow, and known to be bitterly disappointed if a storm didn’t pan out.

Ted was a loving father and grandfather to his children and grandchildren and was especially known for his generosity.  He particularly enjoyed giving gifts and never let a birthday or Christmas go by without his magical touch.

In his retirement years Ted traded camping for gardening and was known far and wide for his huge garden and generosity with its produce. People everywhere were treated to and loved his homemade zucchini bread, as well as brownies and fudge. In addition, he developed quite a reputation for the lost art of letter writing. If you knew Ted you more than likely received at least one letter or card from him and often more.

Ted was a man of deep Christian faith, and while he was a quiet person—shy, even— he was a very warm and caring person with a great sense of humor. When he laughed, everybody laughed. He was beloved by his congregants everywhere he served, and was deeply missed by them when he moved on.

Ted was predeceased by his parents, his wife Ruthe, and son Neil.

To order memorial trees or send flowers to the family in memory of Ernest “Ted” Berkeley Jr., please visit our flower store.