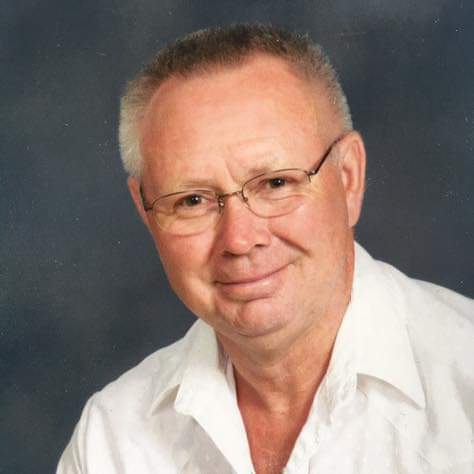 ElRoy Lamoine Pieske was born on November 14, 1945, in New Ulm, Minnesota the son of Lawrence and Ethel (Gode) Pieske.  He was baptized and confirmed in Trinity Lutheran Church by Appleton.  ElRoy attended Country School in Fairfield Township through the eighth grade, and then started farming with his parents.  He served nine years with the Minnesota National Guard out of Morris.

ElRoy and Arlene Fleischfresser were married on September 27, 1969, in Christ Lutheran Church in Elbow Lake.  They lived in Alberta where he was employed with the grain elevator, they moved to Barrett where he worked for Amundson Equipment, Claas Dealership, Orth-Johnson Chevrolet and with Sheldon Tyberg harvesting and driving semi all of Elbow Lake.   In 1983, they moved to their farm by Battle Lake where he dairy farmed and did custom combining for ten years.  In 1993, they moved into Battle Lake and in 2000, moved to their present home outside of town.  In Battle Lake he started E & A Handyman Service which he was still operating at the time of his death.   He enjoyed fishing, tinkering in the garage, mowing, blowing snow, camping and always enjoyed helping people.  He was a member of the NRA.

He is survived by his wife, Arlene; daughter, Tammy (Don) Kugler of Battle Lake; five grandchildren, Nickolas and Noah Coffey and Rachel, Alison and Jeremy Kugler; two brothers, LuVerne Pieske of Fargo and  DeLoss Pieske of Lake Wilson; sister, LaDonna Stock of Granite Falls; and by numerous nieces, nephews, relatives and friends.  ElRoy was preceded in death by his parents, Lawrence and Ethel Pieske; and an infant brother, Lawrence Pieske.

Per ElRoy’s wishes there will be no service, but a visitation from 1 PM to 4 PM, Saturday, August 10th at the First Lutheran Church in Battle Lake.

To plant a beautiful memorial tree in memory of ElRoy Pieske, please visit our Tree Store.

To order memorial trees or send flowers to the family in memory of ElRoy Pieske, please visit our flower store.