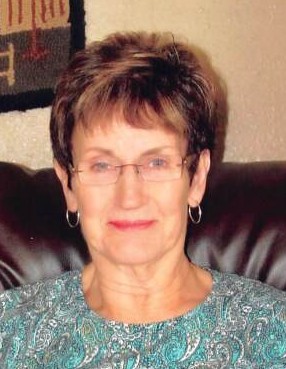 Ellen Grace was born on May 4, 1940, in Chicago, Illinois, the daughter of James and Grace (Decker) Schuringa.

On January 30, 1966, she married Franklin Anderson in Chicago, Illinois. Ellen and Frank moved to Ashby in 1980. Ellen worked at Montgomery Wards, Ashby School, Pelican Healthcare Center and the Broen Home in Fergus Falls. She was a member of the Ashby American Legion Auxiliary and Kvam Lutheran Church.

Her hobbies included sewing, playing bingo and cards at the Ashby Assisted Living and spending time with family.

Memorial Service: 10:00 a.m., Wednesday, August 11, 2021, at Kvam Lutheran Church in Dalton, with a visitation one hour prior to the service.

Funeral arrangements are with the Glende-Nilson Funeral Home of Ashby.

To order memorial trees or send flowers to the family in memory of Ellen Anderson, please visit our flower store.