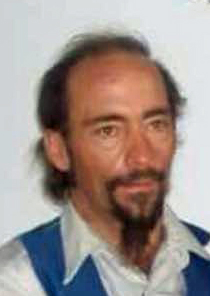 Dwight M. Harlow, 57, of Carlisle, died Tuesday, March 10, 2020 at his residence under the care of his family and LB Hospice.

He was born May 20, 1962 in Fergus Falls to Robert and Beverly (Lahren) Harlow.  He grew up in the Carlisle area and graduated from Fergus Falls High School in 1981.  He was united in marriage to Christine Johnson on September 28, 1984.  To this union, three children were born, Marie, Darrin and Jesse.  Dwight and Christine were later divorced.  He worked as a farmhand and did concrete construction.  He was employed as a router operator for Primewood and Northern Contours.  In 1997, he was forced to semi-retire due to health reasons.  He worked various jobs until late 2019.  Dwight was a jack of all trades.

Dwight enjoyed riding motorcycle, working on cars, duck and deer hunting, building his own homes (all in Carlisle) and spending time with his canine companion, Daisy.  He especially enjoyed the time he spent with his grandchildren, family and friends.  Everyone that met Dwight considered him a friend.

Dwight is survived by his children, Marie (Eric) Toso of Rothsay and Jesse (Nallely) Harlow of Carlisle; three brothers, Lynn (Wendy) Harlow of Erhard, David (Debra) Harlow of Minneapolis and Dean Harlow of Amor; a sister, Denyce Torma of Fergus Falls; six grandchildren: Gavin, Khia, Kira, Romeo, Sophia and Liam; one step-brother, Terry and four step-sisters, Sandy, Cindy, Lori and Tammy.  He was preceded in death by his parents, his step-dad, Clayton Abbott, a sister, Linda Harlow, his son, Darrin Harlow, a step-brother, Rodney Abbott and a step-sister, Julie Bye.

A Celebration of Life with family and friends will be held on Sunday, March 15, 2020 from 1 – 4 P.M. at the Carlisle Community Center.

Interment will take place at Maplewood Presbyterian Cemetery at a later date.

To order memorial trees or send flowers to the family in memory of Dwight Harlow, please visit our flower store.