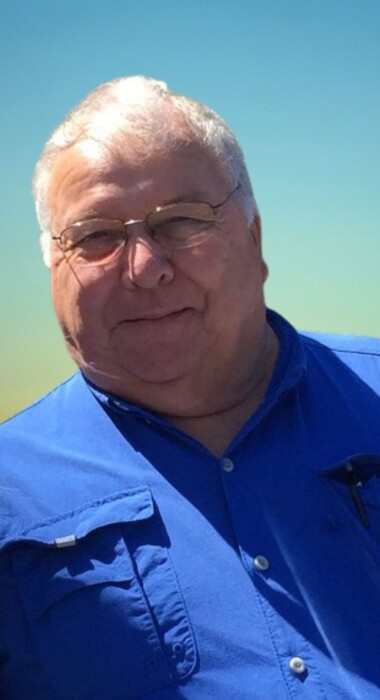 Douglas Orrin was born on February 1, 1949, in Fergus Falls, Minnesota, the son of Vincent and Minnie (Werk) Larson. Doug was confirmed at St. Charles Catholic Church in Herman and graduated from Herman High school in 1967. During high school, Doug worked at Standard Lumber part time. After high school he attended Alexandria Technical College for carpentry and the Wahpeton School of Science for drafting. Doug continued his career at Erickson-Helleckson -Vye Lumber and Fullerton Lumber Yards as an Assistant Manager.

On Sept. 26, 1969, Doug married Marilyn Ann Ehlert at St. Thomas Catholic Church in Kent, Minnesota., and they were blessed with a daughter, Nikki. Doug and Marilyn moved to Paynesville, Minnesota. Doug took a job with Lampert Lumber in Fergus Falls and because Marilyn was so loved by her employer, they made it worth Doug’s while to commute back and forth to Fergus Falls. Six months later, the couple moved to Fergus Falls. Douglas started D & L Wood Products in which he owned and operated for over 20 years. Doug was currently working at UBC Lumber which became Pro-Build and later Builders First Source as a commercial and outside sales representative. Doug had a reputation for quality and integrity. He served on the Ottertail County Board of Adjustments, Fergus Falls Hockey Board, Figure Skating Board and Newsletter Editor for the RC Flyers Club where he piloted RC Planes, helicopters and cars. Doug was a member of Our Lady of Victory Catholic Church, where he also served on the building committee and served as usher.

Doug enjoyed hunting deer and birds in his younger years, he took a few fishing trips to Canada and Devils Lake with his brother Bruce and friends. Doug had a passion for muscle cars. He was a member and current President of the Uninviteds Car Club. Doug and Marilyn traveled often, taking several trips to Yellowstone Park and enjoyed yearly trips to Deadwood, South Dakota for the “Kool Deadwood Nights” annual car show and auction, along with friends they made in the “Uninviteds Car Club”. Doug’s vehicles were always meticulously maintained. His later years he enjoyed weekday morning at the Viking Café and Saturdays at Perkins with his friends and son-in-law, Cory. In 2016, Christi entered Doug’s life and they enjoyed many good times with friends and family taking car trips and vacations to Medora, Branson, Rapid City, Duluth and Deadwood. Doug had a contagious sense of humor, and he shared his wisdom with all who knew him. Doug’s family would like to extend a heartfelt thank you to all his friends and family for their support throughout the years.

He was preceded in death by his wife, Marilyn Larson in 2014; parents, Vincent and Minnie Larson and mother and father-in-law, Victor and Ann Ehlert.

Visitation: 2 to 4 p.m. Sunday, February 6, 2022 with a 3:30 p.m. Rosary, followed by parish prayers, at Glende-Nilson Funeral Home, Fergus Falls. Visitation resumes one hour prior to services at the church.

To order memorial trees or send flowers to the family in memory of Douglas Larson, please visit our flower store.