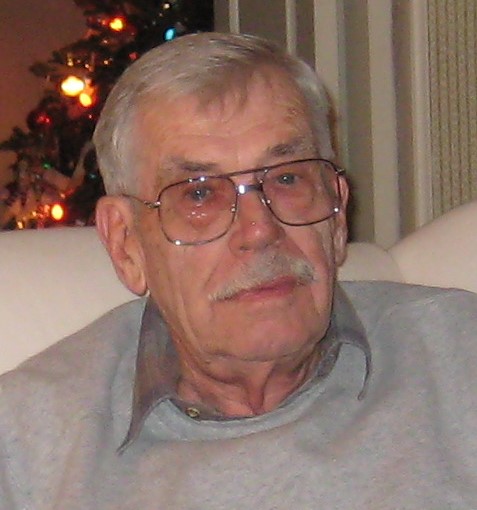 Douglas H. Dunker was born in Perham, MN on July 9, 1930 to Henry "Hank" Dunker and Irene (Wulf) Dunker. The family lived on a farm south of Ottertail City until moving their house to Battle Lake.

In 1950, while in the Air Force, Doug married Nena Marie Lindsey in Fort Worth, TX and remained with her until her passing in 1973 from Huntington's disease.

During his time in the Air Force, he worked as a radio operator on a B-36 and took part in bombing missions during the Korean conflict. He was assigned to the State Department while stationed in Greece. In 1968, he retired from the military after 21 years of honorable service.

Upon retirement from the military, Doug opened 'Dunker Marine' on the opening day of fishing season in 1968. At the time, his business was the main distributorship throughout the region for several brands of boats, including Lund and Glastron. He retired from the marine business in 2000.

During the late 60's and early 70's, Doug had a live radio show from his Dunker Marine business giving up-to-date fishing reports of several lakes in Otter Tail County. He had a love for flying and owned two planes in the 70’s and 80’s.

In 1983, Doug married Shirley Evenson Haukebo. They lived on West Battle Lake in Battle Lake and enjoyed traveling, golfing, dining out, playing cards with friends, and spending time with family.

Funeral service will be at 1:00 P.M. on Monday, June 11, 2018 at First Lutheran Church in Battle Lake with visitation being held for one hour prior to the service.

To plant a beautiful memorial tree in memory of Douglas Dunker, please visit our Tree Store.

To order memorial trees or send flowers to the family in memory of Douglas Dunker, please visit our flower store.