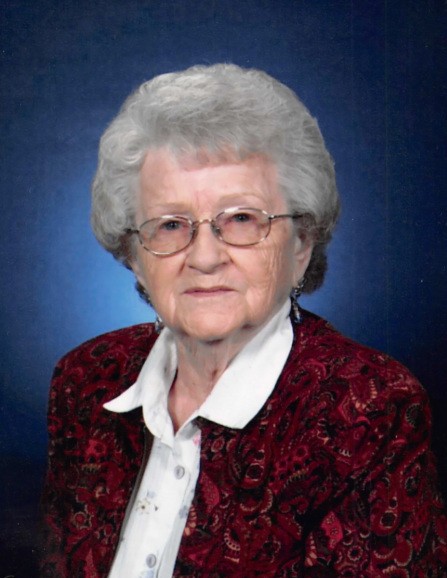 Dorothy Selma (Totzke) Niesche was born to Henry and Grace (Billett) Totzke in Taylor Township, Traverse County, MN on April 28, 1922.  She was baptized in the Lutheran faith by Rev. G. A. Merting and was confirmed in her faith on September 1, 1935 at Immanuel Lutheran Church in Monson Township, Traverse County, MN.  She attended school in District 44 through the 8th grade.  She worked at Power’s Produce in Wheaton.  She was united in marriage to Marvin Niesche on June 23, 1948 at Immanuel Lutheran Church.  After their wedding they returned to his family farm, where they lived until their retirement in 1984.  Along with farming, they also raised chickens for a local hatchery.  After they retired, they moved to Fergus Falls, where they enjoyed camping, fishing, and going to the Senior Center to play cards, visit with friends and play in the Kitchen Band.  Dorothy also enjoyed reading, jigsaw puzzles, doing crafts, and loved seeing and spending time with her grandchildren and great grandchildren.

Funeral service: 11 AM Friday, November 15 at Trinity Lutheran Church in Fergus Falls with visitation one hour prior to the service

To order memorial trees or send flowers to the family in memory of Dorothy Niesche, please visit our flower store.