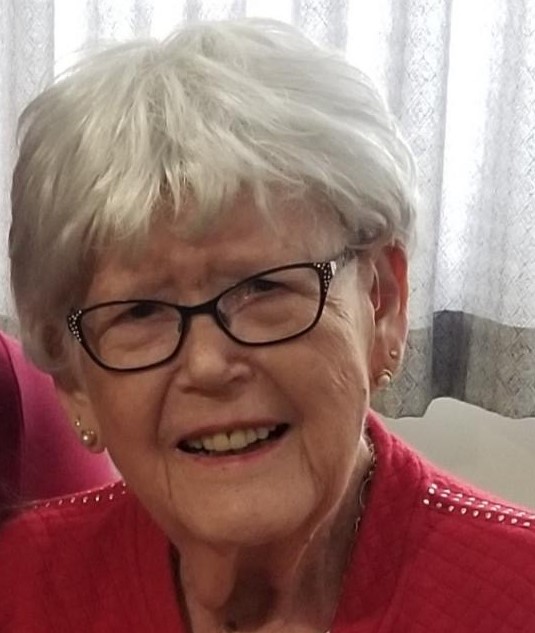 Dorothy Marie Hofflander, 91, of Battle Lake, formerly of Windom, peacefully returned to her heavenly home on February 19, 2020 after a brief battle with cancer.  Her devotion to her family and her firm belief in God supported her in her struggle and ultimately gave her peace.

She was born to Loren and Gladys Gramling, in Wilton, ND on November 27, 1928.  Her mother died shortly after her birth and she went to live with Ernest and Dorothy Sondrol in Watford City, ND.  She subsequently moved to Climax, MN and was adopted by Knute and Anna Swenson.  She graduated from Climax High School in 1946 and went on to college at Augsburg where she graduated in 1950 with a degree in Mathematics.  In 1951 she married her Augsburg classmate Robert (Bob) Hofflander.  They began their teaching careers in Blackduck, MN and in 1954 moved to Windom, MN where they raised their family and taught school for the next 30 years.  In 1994, they retired to their cabin on Stuart Lake in Otter Tail County.  After 56 years of marriage, Bob died in 2007 and she moved into the town of Battle Lake where she was a member of First Lutheran Church of Battle Lake.  In September of 2019, she became a resident of the Good Samaritan Nursing Home in Battle Lake where she had volunteered for many years.

She was a breast cancer survivor.  She taught Sunday School for many years and sang in the choir at the American Lutheran Church in Windom.  She and Bob enjoyed traveling to Europe and South America and spending the winter months in Mesa, AZ.  She loved watching her grandchildren and great grandchildren grow up and loved summer Saturday night dinners at Stuart Lake and West Battle Lake with family.  She also enjoyed golfing, especially the Labor Day weekend trips with the Windom crew, reading, quilting, knitting, crocheting, the Minnesota Twins, the Gophers and especially the Vikings.  That being said, she seemed to get as much satisfaction from a Packers loss as a Vikings win.

Thank you to the staff for the outstanding care and compassion she received both in the Good Samaritan Assisted Living and Nursing Home in Battle Lake.

Services will be held at 1:00 Friday February 28, 2020 at First Lutheran Church Battle Lake.

Visitation will be one hour prior to the service.

In lieu of flowers, memorials to the Foundation Fighting Blindness are preferred.

Blessed be the memory of Dorothy Hofflander.

To order memorial trees or send flowers to the family in memory of Dorothy Hofflander, please visit our flower store.