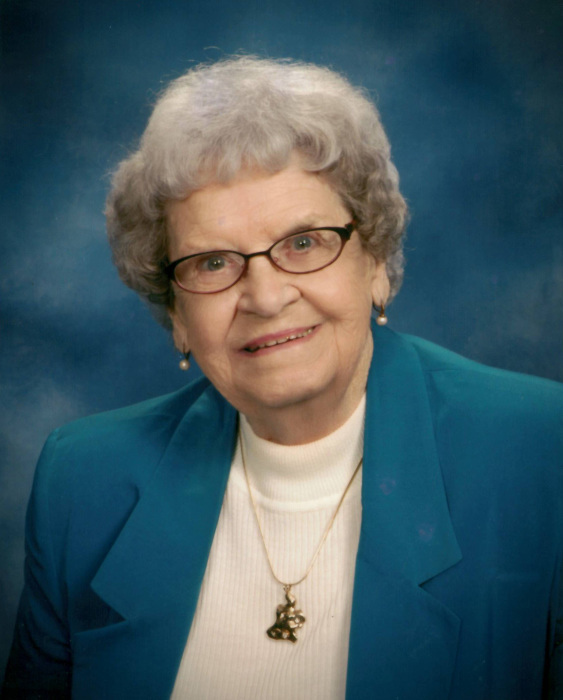 Dorothy Ingeborg Belle Donley was born on December 16, 1920, to Gilbert and Josephine (Opsal) Gunderson in Fergus Falls, Minnesota.  She was baptized and confirmed at Bethlehem Lutheran Church in Fergus Falls and graduated from the Fergus Falls High School in 1939.

Dorothy and James S. Donley were married in 1943.  She worked at the State Hospital for two doctors for three years while James served in the US Army in Europe.  When he returned from the service they moved to Breckenridge, Minnesota where Jim was employed by the Great Northern Railroad.  Dorothy was secretary for the Director of Nurses at St. Francis School of Nursing and later at the hospital office.  In 1955, she joined Lowell Schreiber as a sales associate in his real estate agency.  Dorothy was the first real estate sales lady in the Wahpeton, Breckenridge and Fergus Falls area.  She continued in real estate for seventeen years, first with the Schreiber Agency and then with Bob Johnson when he purchased the agency.  In 1971, they moved to Pickerel Lake where Jim commuted to the Breck terminal as an engineer for the Burlington- Northern Railroad.  Dorothy was very busy in Maine Township where she served as chairperson for the annual charity fund drive for several years, was an election judge and delivered “Meals on Wheels”.  She held various positions at St. James Catholic Church and still belonged to Circle 1 for many years after she moved to Fergus Falls in 1991, when her husband’s health began to fail.  In Fergus Falls she was very active at the Sr. Citizens Center which was just newly organized and was Secretary on the Board of Directors for twelve years.  Dorothy was very creative and made many beautiful ceramic items for her family and friends.  She also spent many years with oil paintings.

Dorothy’s journey through life touched many lives, and she will be deeply missed by all those who knew her kind heart, creative mind and giving spirit.  She had a delicious sense of humor and a sunny optimistic personality.  Dorothy was a fifty year member of the Catholic Foresters, life member of the VFW Auxiliary, hospital volunteer, and the Fergus Falls Senior Citizens.

Memorial Service: 10:30 AM, Monday, April 23, 2018, at Glende-Nilson Funeral Home in Fergus Falls with visitation one hour prior to the service.

To plant a beautiful memorial tree in memory of Dorothy Donley, please visit our Tree Store.

To order memorial trees or send flowers to the family in memory of Dorothy Donley, please visit our flower store.