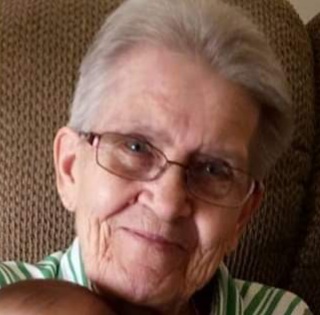 Donna Kay Dalluge was born on June 30, 1935, in Palo Alto County in Iowa, the daughter of Kildredge and Phyllis (Sorenson) Knudson.  She was baptized and confirmed in the Lutheran faith.  Donna attended the Battle Lake Public School and graduated from the Battle Lake High School in 1953.

Donna and Clarence “Pete” Dalluge were married on April 28, 1956, in Las Vegas, Nevada.  They lived in Santa Ana, California until 1973, when they moved to Battle Lake, Minnesota.  She was employed at Moen Inn, Shoreline Restaurant, worked with Condiffs, Ben’s Bait, along with other various jobs in the area along with being a homemaker raising her family.  Donna enjoyed bowling, playing marbles, cribbage, rummey and doing word search.  She enjoyed her short road trips with Pete, and especially enjoyed her family and grandkids.  They all have fond memories of Grandma Donna being a very good cook.

In lieu of flowers, memorials preferred.

To order memorial trees or send flowers to the family in memory of Donna Dalluge, please visit our flower store.