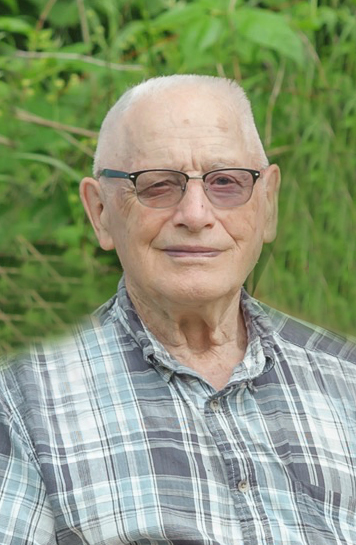 Don was born on April 10, 1930 in Sioux Falls, SD, the son of Clarence and Clara (Steineke) Sorben, a special birthdate he would later share and celebrate with his granddaughter Mallory.  He attended school in Fergus Falls through 10th grade and went to work on the family farm.  In 1954, Don enlisted in the United States Army, attaining the rank of Private First Class.  He was honorably discharged in 1956.

In May of 1957, Don married Rose C. Nelson at Concordia Lutheran Church in Fertile, Minnesota, and in 1962, they were blessed with a son, Roger.

Along with farming, Don worked at Mid America Dairy for 39 years. He and Rose enjoyed bee keeping with Kenneth and Margaret Clambey. Later, the apiary business would become a family tradition—caring for the bees and harvesting honey with his grandkids, son, and daughter-in-law over Labor Day weekend annually. Some of Don’s favorite evenings were spent taking his wife Rose dancing. They were especially fond of square dancing and polka music.  After Rose’s passing, Don enjoyed spending several years with his special friend Gail Tysdal, attending many family get-togethers, and savoring her delicious cooking.  He also enjoyed cutting firewood and caring for his family farm that has been in the Sorben family for over 100 years, in addition to hunting and fishing.  Don always looked forward to deer hunting weekends when his grandkids Kayla and Andrew, along with his son Roger would come to hunt the deer that roamed the Sorben farmlands. Don also enjoyed the early morning fishing trips at Fish Lake with his daughter-in-law, Dorine. Some of Don’s most treasured times have been in recent years, seeing his family legacy grow and spending holidays and special events with his family all together, including his four great-grandchildren, whom he loved dearly.

Don was also former president of the Vang Cemetery Association, member of Zion Lutheran Church in Fergus Falls, and the rural homemaker’s group.

In addition to his parents, Don was preceded in death by his wife, Rose in 2004; special friend, Gail Tysdal in 2017; and a sister, Geraldine Sorben in 2017.

Visitation: 5 – 7 PM Monday, with a 6:30 PM Prayer Service, at Glende-Nilson Funeral Home, Fergus Falls, and one hour prior to services at the church.

To order memorial trees or send flowers to the family in memory of Donald Sorben, please visit our flower store.