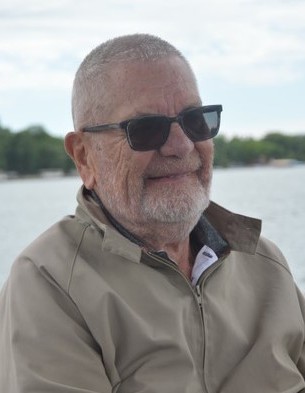 A joint celebration of Marlys and Donn’s lives will be held Saturday, June 26th, 9am at the Unitarian Church in Underwood MN and an open house held later the same day at their home on Otter Tail Lake from 1pm - 4pm. 38623 Wagon Trail Loop, Battle Lake MN

Donald William Siems (Donn) was born July 16, 1932 in Fergus Fall, Minnesota, the son of William and Frances (Ladwig) Siems. He was baptized and confirmed in Trinity Lutheran Church, Fergus Falls. Minnesota. He attended Fergus Falls High School, He graduated in 1950 from Washington High School. Then served 4 years in the US Navy. After returning to the Fergus Falls area, he met his wife-to-be, Marlys (Anderson) Siems. He studied printing technology at North Dakota Science School, graduating in 1955. Donn and Marlys were married at the Aurdal Lutheran Church of rural Fergus Falls in 1956.

Donn was a veteran of the Korean War, serving the Navy from 1951 through 1955. He worked 39 years at the Fergus Falls Journal, and nine years at Madsen’s Properties in Battle Lake.

Donn lived along the shores of his treasured Otter Tail Lake with his beloved wife, Marlys, for over 60 years, living in the same home that he and Marlys had built just prior to their marriage.

He served on the Faith Haven Board of Directors for 25 years and the board of the Ottertail Water Management District for over 20 years. He was a member of the Fergus Falls Jaycees and The American Legion. He and Marlys were supporters and members of the Unitarian Church of Underwood.

And Donn loved his grandchildren. And he worried about them. In fact, they called him “Grandpa OSHA” (Occupational and Safety Health Administration)! He loved watching them boat and swim Otter Tail Lake and participate in their many sports and events; he liked to ‘sugar them up’ with his treasured Tootsie Rolls, ice cream, and red licorice. The thousands of miles of travels with grandchildren evoked more smiles than frowns.

And mostly, Donn loved Marlys. He let her be the ‘shining star’ and followed her orders and her footsteps. He found the cell phone when it was lost, picked up the dog dish when it was empty, warmed up the car when it was cold, hauled the suitcases during their many travels around the United States and overseas; and stepped in and grabbed the leash when Marlys was headed uncontrollably ‘down the trail’ with one of her unruly golden Labradors.

A celebration of both Donn and Marlys’ lives will be held June 2021 and every evening until then, at sunset, on the shores of Otter Tail Lake.

To order memorial trees or send flowers to the family in memory of Donald Siems, please visit our flower store.