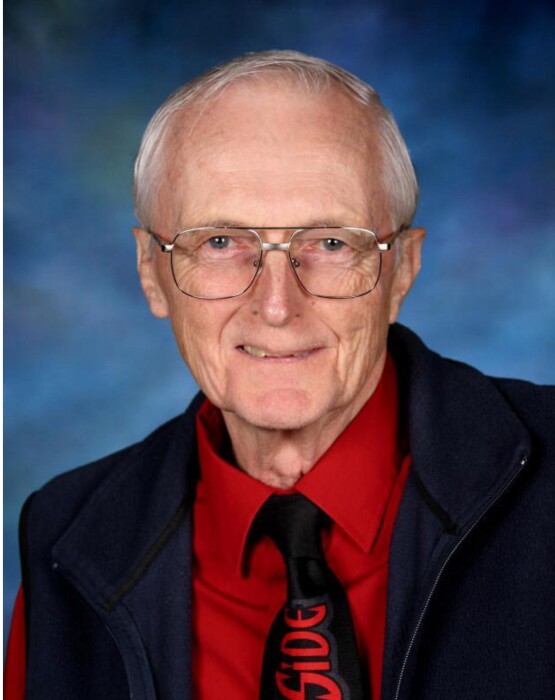 Donald George Kohlmeier, age 76, who was born on May 3, 1945, in Rochester, New York, the son of George William and Mary Theresa (Sekel) Kohlmeier passed on to his heavenly home June 20 at the Ashby Living Center, Ashby, Minnesota, where, since April first of this year, he had been taken care of by their kind, dedicated, and gentle staff.

He was baptized and confirmed in the Catholic Church.  Don attended grade school at Holy Family Catholic School and attended High school and 2 years of college at St. Andrews Seminary in Rochester, New York.   In 1965 he transferred to Dickinson State College in Dickinson, North Dakota where he received a teaching degree with a double major in English and History and minors in Latin and Physical-Education. While at Dickinson he also met his wife to be and on breaks from college he was introduced to fighting prairie fires, cowboy boots, branding, mountain oysters, deer hunting {Western North Dakota style} and all typical farming chores.

Don and Dorothy Esther Bloomgren were married on June 4, 1966, at St. Mels Catholic Church, Rhame, North Dakota. Father McNeely presided over the ceremony after prayers in his vestry before the ceremony with Pastor Korfmacher.   They lived in Dickinson while Don finished college.

He was a member of Our Lady of the Lake Catholic Church.  He enjoyed golfing, his family and especially his grandchildren.  Don and Dorothy would have a grandchild week, dedicated to spending time with all the grandkids. One summer they took them out to Western Dakota to visit their great-grandparents at Bowman. Which was quite an experience for children who were used to trees and now experienced the buttes, rolling hills, and open prairies.

Visitation: Friday, June 25, from 5-7 P.M., with a 6:30 Prayer Service at Our Lady of the Lake Catholic Church in Battle Lake and continuing one hour prior to the service at the church.

In lieu of flowers memorials are preferred to the Kent-McAllister Scholarship Fund or the Battle Lake 542 Education Foundation.

Funeral arrangements are with the Glende-Nilson Funeral Home of Battle Lake for Donald Kohlmeier.

To order memorial trees or send flowers to the family in memory of Donald Kohlmeier, please visit our flower store.