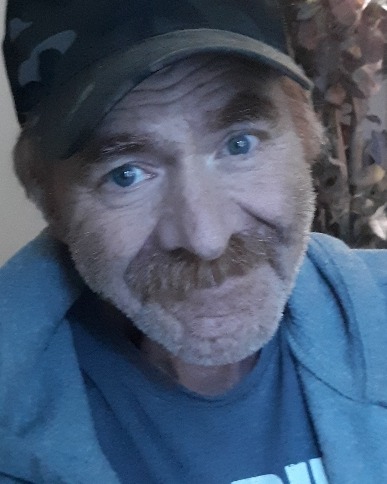 Don Reuben was born on October 6, 1966, in Alexandria, Minnesota, the son of Donald Lee and Pearl Vivian (Hokanson) Amelsberg. He graduated from Evansville High School in 1985 and graduated from Alexandria Technical College in 1986 with a degree in Small Engine and Marine Repair.

After school, Don moved to Arizona for several years where he worked at a painting company with his friend Mike Stramer. He then worked at Evergreen Painting and spent time working with Don Schroeder.

He moved back to Evansville where he worked at Ostroms, Steve’s Performance in Pine City and his favorite job, Lund Service where he was self-employed. He continued his career at C & D Specialties, Evansville Sports & Lawn and lastly owned his own business for 15 years, Dons Small Engine Repair in Melby.

Don enjoyed sharing his knowledge with others and could fix anything with an engine.He was an adrenaline junkie and in-his younger years he could be seen riding dirt bikes and jumping roads. Don was little wild and had to see how fast anything with an engine could go. He spent many hours on his motorcycle.He loved to hunt, fish,  tinker, fixing motors and building things.Don cherished his hobby farm with his animals, gardening, canning and cutting wood. Don spent his last 12 years in Melby.

He is survived by his son, Chance Amelsberg of Melby; sister, Linette Hanson (Greg Michel) of Evansville; nephew, Eric Burley of Evansville; great nephew, Reid Burley; cousins, Marie Hokanson and Kim Anderson along with numerous family. Don was preceded in death by his grandparents and parents, Donald and Pearl.

Memorial Service: 1:00 P.M., Thursday, November 3, 2022, at Christina Lake Lutheran Church in Evansville, with a visitation one hour prior to the service.

Funeral arrangements are with the Glende-Nilson Funeral Home of Evansville for Don Amelsberg.

To order memorial trees or send flowers to the family in memory of Don Amelsberg, please visit our flower store.
Amelsberg Folder.pdf
Open