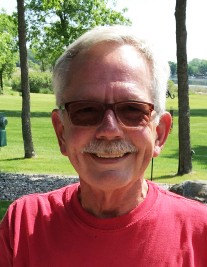 Dennis Duane Reich was born on October 26, 1949, in Hazen, North Dakota, the son of John and Rebecca (Schuh) Reich.  He was baptized and confirmed at Evangelical United Brethren Church in Hazen, ND. He graduated from Hazen High School in 1968. After school he enlisted in the U.S Army. He was a SP5 serving in the 320th Engineering Group working in Topography with map security while stationed in Germany.  He earned a National Defense Medal, Good Conduct Medal and Sharpshooter Medal before being honorably discharged. After his military career, Dennis attended the North Dakota State College of Science in Wahpeton.

Dennis enjoyed fishing, his annual deer hunt in earlier years and had a passion for cooking. Denny will be remembered for his charming smile, contagious laugh and the ability to strike up a friendly conversation with anyone. God Bless the memory of Dennis Reich.

He is survived by his daughter, Sara (Justin) Colby of Fergus Falls, brother, Lester “Luke” Reich of Vermillion, SD; brother-in-law, DelRay Galster of Beulah, ND and two grandchildren, Lillian and Samuel, several nieces and nephews. He was preceded in death by his parents, John and Rebecca Reich; son, Seth Reich in 2008; brothers, John and Charles Reich and sister, LaSaan Galster.

To order memorial trees or send flowers to the family in memory of Dennis Reich, please visit our flower store.