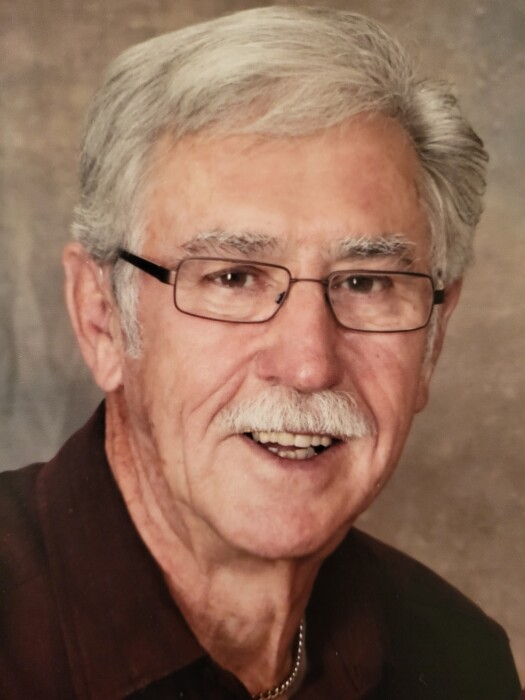 Dennis Emmen (88) passed away peacefully on May 1, 2022 at Pioneer Care Center in Fergus Falls, Minnesota.

Dennis was born to Ulfert and Grace Emmen in Clara City, MN.  He attended Clara City High School where he was active in sports.  After graduation, he enlisted in the US Army and served as a sergeant in the 11th Airborne as a parachute jump instructor.  After discharge, Dennis enrolled in the University of Minnesota and earned his degree in Accounting.

Dennis and Audrey were married in September 1958.  After working as a CPA for Deloitte Haskins & Sells in Minneapolis, they moved to Fergus Falls where Dennis started working for Ottertail Power Company.  Here they raised their two sons, Kirk and Mark.  Dennis was very active in the community including leadership roles with the Elks, Rotary, and First Lutheran Church. He also served as a board member of Otter Tail Power and Lake Region Healthcare.  He eventually retired from Ottertail Power as Sr. Vice President, Finance, Treasurer & Chief Financial Officer.

Dennis and Audrey spent much of their retirement traveling or enjoying a winter home in Arizona and a lake cabin near Fergus Falls. Dennis really enjoyed Otter Tail County and its abundant fishing and hunting opportunities.

Dennis will be remembered for his sense of humor, a great ability to make people smile, a notepad and #2 mechanical pencil tucked into his shirt pocket, and as a loving husband, father and grandfather.

Preceding Dennis in death were his parents; his brother John Emmen; and his sister Jeannette Holwerda.

Dennis is survived by his wife of 64 years, Audrey; his brother Leonard Emmen; his two sons and their spouses, Kirk (Jean) of Eagan, MN, and Mark (Sabine) of Minneapolis, MN; granddaughters Isla and Lucinda; brother-in-law Arnie (Pat) Gaasterland; and many nieces and nephews.

A Celebration of Life Service will be held at First Lutheran Church in Fergus Falls on Saturday, May 21 at 2:00 pm with a visitation one hour prior to the service. The service will be livestreamed and recorded on the GlendeNilson.com website.

To order memorial trees or send flowers to the family in memory of Dennis Emmen, please visit our flower store.
Open