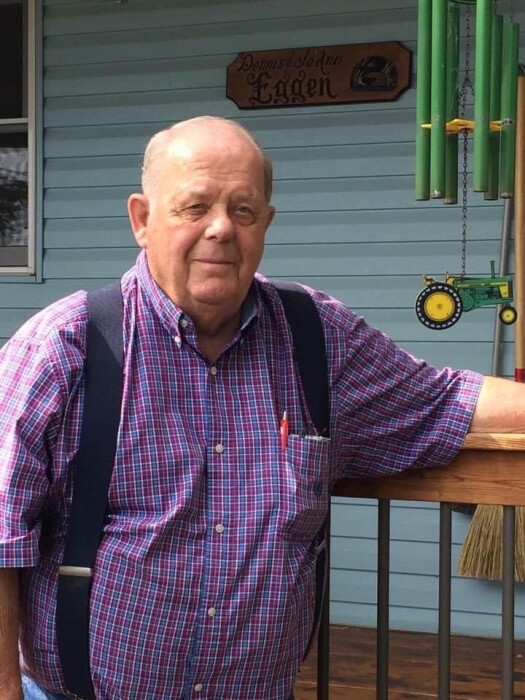 Dennis was born August 20, 1939 in Powers Lake, ND to Norman and Signe (Berg) Eggen and grew up in Foothills Township, near Lignite, ND. He was baptized and confirmed at Tonset Lutheran Church. He attended country grade school and graduated from Columbus High School. He attended NDSU and graduated with a degree in agriculture. He married JoAnn Rostad in June of 1964 in Barnesville, MN.

He began working as a Claims Representative for the Social Security Administration in Grand Forks, ND and continued his career as Branch Manager in Jamestown, ND and Fergus Falls, MN. When he retired in 1994, they moved to their lake home on Eagle Lake, near Battle Lake, MN. In August 2020, they moved to Grand Arbor in Alexandria, MN. He moved to Memory Care in April 2021.

Dennis was an active member in church throughout his life, at Sharon Lutheran in Grand Forks, Atonement Lutheran in Jamestown, and Eagle Lake Lutheran in Battle Lake where he served on various committees and councils. He started the annual Eagle Lake Election Day Stew Feed for the community.

Dennis enjoyed his John Deere tractors, his ’39 Chevy, collecting antiques, refinishing furniture, working in the garage, cooking and playing pinochle. Coffee and cookies were his favorite- especially Norwegian goodies. But most of all, he loved spending time with his family and grandchildren.

Visitation: Friday from 4:00PM-7:00PM, with a 6:00PM Prayer Service, at Glende-Nilson Funeral Home in Battle Lake.

To order memorial trees or send flowers to the family in memory of Dennis Eggen, please visit our flower store.