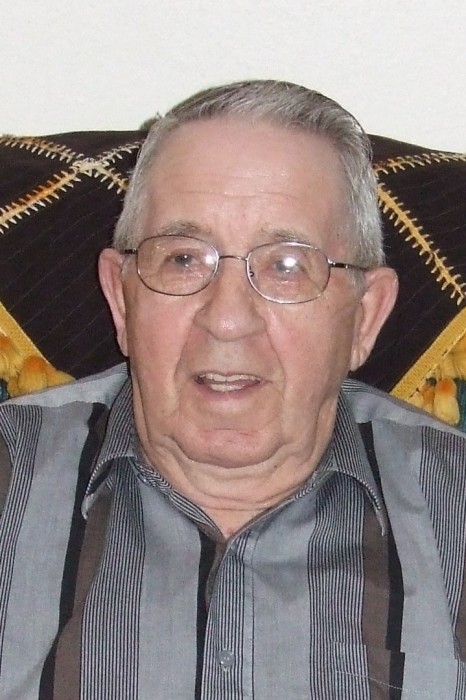 Delwin Carroll Ehlke, age 86, went home to be with the Lord on Sunday, May 13, 2018 at PioneerCare, under the care of LB Hospice.

Del was born on September 8, 1931 at Wright Hospital in Fergus Falls, Minnesota, the son of Milton A. and Bertha K. (Weigand) Ehlke.  He was baptized in First Baptist Church, Breckenridge, MN and confirmed in the First Baptist Church in Campbell.  Del became a Christian when he was sixteen years old.  He attended rural School District #63 east of Campbell and graduated from Campbell High School in 1949.

Del and Verla L. VanHovel were married on June 14, 1953 at First Baptist Church in Campbell.  Del was soon drafted into the U.S. Army, serving two years.  During this time, Del and Verla lived in Fort Riley, Kansas and El Paso, Texas.  Verla returned to Campbell while Del served eighteen months in Germany.  After his discharge, he returned to Campbell and attended the State School of Science in Wahpeton, where he earned his Associate Degree in Plumbing.  They later moved to Wendell where they lived until moving to Battle Lake in 1986.  Most recently, they lived in Park Gardens for three and a half years and PioneerCare for three years, both in Fergus Falls.

Del farmed for three years with Fritz Schuller and worked for seven years with Aamot Implement before starting Del’s Repair Shop which he operated for thirteen years.  He then began employment with Amundson Equipment for twelve years, all in the Elbow Lake/Wendell area.  Del then worked for two years with Craig Cordes Farms of Henning. After that, he drove semi-truck three years for American Driver Services, and then for Mitchell Farms who both had hauling contracts with Minn-Dak of Wahpeton.

Del was a member of the Wendell Fire Department, serving as Fire Chief for twenty years.  He was mayor of Wendell for two years, served as scout master, and had been president of the P.T.A.  He had belonged to the Lawrence Presbyterian Church of Wendell, Grace Evangelical Free Church of Elbow Lake, Bethel Lutheran Church and Church of the Nazarene, both in Fergus Falls, the Christian and Missionary Alliance Church of Battle Lake, and Stavanger Lutheran Church of rural Fergus Falls.  Del enjoyed deer hunting, yard work, flowers, and loved to fish.

To plant a beautiful memorial tree in memory of Delwin Ehlke, please visit our Tree Store.

To order memorial trees or send flowers to the family in memory of Delwin Ehlke, please visit our flower store.