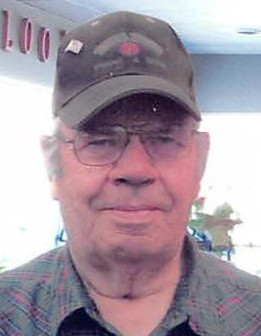 Delbert was born in Perham, Minnesota to parents Phillip and Madge Malcolm on September 24, 1930. He attended Perham High School and was three months short of graduating before he was drafted to serve in the Korean War. While serving Del was wounded and awarded a purple heart.  The highlight of this deployment was being taken to England where he and his fellow soldiers met Queen Elizabeth and got to spend the night at Buckingham Place. A few years after returning home he rejoined the army where he served in Berlin for 36 months and spent the weekends driving tour-bus for college students in European and Scandinavian countries.

While stationed in Berlin, Del got to shake hands with President Kennedy and First Lady Jackie before being honorably discharged in 1965. For a year after he returned from the military, Del drove semi-truck and cab. It was while he was driving cab, he met the love of his life Loretta.  In 1968 Del was united in marriage to Loretta Theede, to this union was born three children, Chris, Theresa, and Lynette. Later Del would work at the Fergus Falls City Bakery before working as a florist delivery driver where he enjoyed surprising people with flowers.

Del enjoyed woodworking and made a lot of the cabinets and furniture for the house. He also liked birdwatching, flag and coin collecting. Del spent a lot of time watching the weather channel and westerns on tv with his pet cats, especially his favorite cat, June, who he would take naps with. He liked reading the newspaper and the DAV Magazine. Del was a life-time member of the Disabled American Veterans club.

Del was preceding in death by his parents Phillip and Madge and his brother Stanford.

Funeral will be held 12:30 PM Wednesday, May 11, 2022, at Our Lady of Victory Church in Fergus Falls, Minnesota with visitation one hour prior to the service at the church.

To order memorial trees or send flowers to the family in memory of Delbert Malcolm, please visit our flower store.