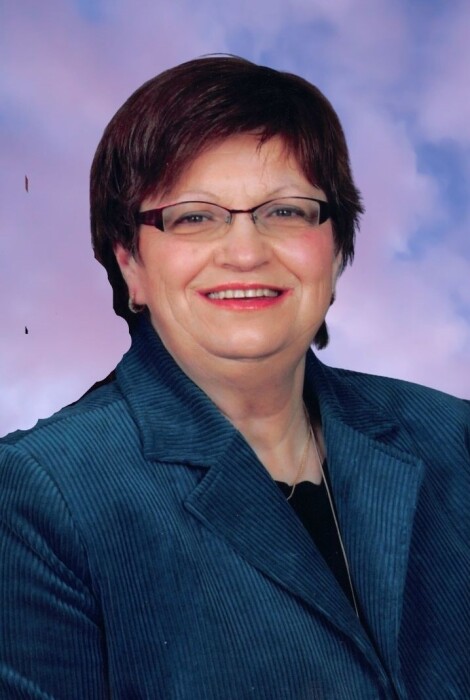 Deb was the youngest child of Stan and Mary Churchill, joining her eight older siblings and completing the family. Being the youngest, she was the favorite, and doted on by her parents and siblings. Deb grew up in Herman, MN, attending school at Herman Community School, graduating in 1969.

Deb began dating Marlyn during the summer of 1967, after being set up on a blind date by a friend. They united in marriage on April 17, 1971, residing in Herman, MN. Born to Deb and Marlyn were five of the best looking and well-behaved children that ever existed, lovingly known as the CRAMP kids.

During her time in Herman, she was active in the St. Charles Catholic Church, teaching CCD and participating in the Ladies Guild. She worked as a Nurses Aid at the Villa of St. Francis in Morris, MN for many years before obtaining her LPN degree, later working as an LPN at Barrett Care Center. She worked at Barrett Care Center for 25 years before moving to Fergus Falls, MN where she worked at Mill Street Assisted Living Center until her retirement in November 2021.

Her greatest joy was spending time with her grandkids and raising her beautiful granddaughter, Haley. They were inseparable. Deb was a mediocre cook, burning most food she made, as her philosophy was that cooking on high temp made the food cook faster. She also believed if she did not burn food to a crisp, we would all get worms. She looked forward to her annual gatherings with her sisters, where they would all sit and cackle, reminiscing about their childhood. There is nothing louder than a Churchill gathering. Deb was a wonderful friend, mother, wife, grandma, and great grandma.

She was welcomed into heaven by her sons Ryan and Mike, who surely began making jokes the moment she arrived; her parents Stan and Mary Churchill, sister Joan and brother Jim; in-laws Ed and Harriett Riley; niece Bridget and nephews Mike and Andy.

Visitation: Friday, May 20, 2022, from 5-7 P.M., at the Herman Community Center and continuing one hour prior to the service.

Funeral arrangements are with the Glende-Nilson Funeral Home of Fergus Falls for Deborah Riley.

To order memorial trees or send flowers to the family in memory of Debra Riley, please visit our flower store.