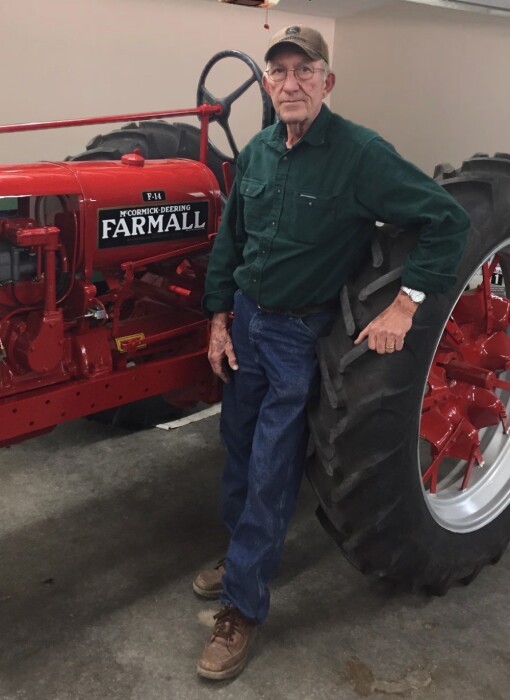 David LeRoy Larson was born on April 30, 1948, in Fergus Falls, MN, to Lawrence and Wubena (Moerke) Larson. He was baptized and confirmed at Pelican Lake Lutheran Church in Ashby, MN. He attended Ashby Public School and graduated with the class of 1966.

David and Dianne (Akerman) Larson were married on May 10, 1969, at Pelican Lake Lutheran Church.

In his earlier years of employment, David worked for the Ashby Co-op Creamery and Equity Association. David and Dianne moved to Elk River, MN, where he took a position with Federal Cartridge. David's love for big machinery presented an opportunity for him to learn crane operation and bridge building alongside his brother, Jim, at Klossmeyer Brothers Construction. He continued his professional crane operating career at the following construction companies: Al Minnerath/Starry Construction Company, Longfors Construction as well as Central Specialties and Structural Specialties until his retirement in 2015.

David was a member of Kvam Free Lutheran Church where he served as a board member. He was also a member of Lake Region Threshermens Association where he took pride in operating the stiff leg crane with his son-in-law, Wayne, running the boiler. David was proud of all the tractors and crawlers he restored that are on display at the annual show.

David was a man of many talents, some of which included his passion for woodworking, refinishing old furniture and building new things in his shop with his loyal dog, Sadie, by his side, as well as restoring antique tractors and playing horseshoe.

In addition to being busy with his work and hobbies, David made time to go camping with his family, which he truly enjoyed. His greatest love was spending time with his wife of 53 years, Dianne, their daughters, sons-in-law, grandchildren and great-grandchildren.

David will always be remembered for his GREAT sense of humor which carried him right up to the very end. He made everyone smile and laugh.

He was preceded in death by his parents "Nip and Bena", his brother Doug, his nephew Randy Larson, father and mother-in-law, Dale and Kathy Akerman and Brother-in-law, Daryl Akerman.

On Friday, October 7, 2022, David peacefully passed away at home with his family by his side. Blessed be the memory of David Larson.

A Funeral Service will be held on Wednesday, October, 12, 2022 at Zion-Sarpsborg Lutheran Church in Dalton, MN, at 2:00PM. Visitation will take place one hour prior to the service at the church.

To order memorial trees or send flowers to the family in memory of David Larson, please visit our flower store.
Open