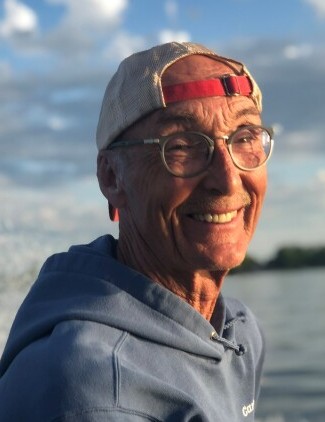 David Wayne Johnson died Tuesday April 5, 2022 at his home: surrounded by his family.

David Johnson was born June 21,1954 to Wayne A Johnson and Beverly Jean (Grinde) Johnson in Sisseton, South Dakota. He passed away quietly in his home with loved ones by his side on April 5, 2022 after a long and hard fought battle with cancer.

David spent his early childhood in Peever, SD with his mother and maternal grandparents as his father completed his military commitment overseas. As a family they moved to Aberdeen, SD while his father pursued higher education. This was followed by several moves within South Dakota as his father assumed education positions, living in Spencer, Hecla and Kidder. In 1969 the family moved to Royalton, MN where David graduated from Royalton High School in 1972.

David attended the University of Minnesota at Crookston until he entered the U.S. Army serving overseas from 1974 until he was honorably discharged in 1976.

David began a life long career in car sales in 1976 at Juve Auto Sales in Fargo, ND. He moved to Fergus Falls, MN in 1981 and began working for Bob Moore Ford; later Nelson Auto where he remained a faithful employee until his death.

David married Linda (Woolson) Johnson of Fergus Falls in November of 1987 at Grace United Methodist Church in Fergus Falls where he remained a member until his death. They had three daughters; Caitlin Caylor, Gretchen Marie and Sarah Pearl.

David had a charismatic personality. His spirit and energy pulled you in within minutes. His infectious smile made you feel at ease and welcomed in his presence. His daughters and “adopted” daughters often found that greeting accompanied by an embracing hug or a “smooch.” This dynamic spirit allowed him to have many long lasting friendships. Loyal customers became friends and he a loyal friend in return. David had an extremely generous heart; often helping people in need without anyone’s knowledge or bravado.

David had a zest for life and lived with intention his final years. His number one priority was his family; his wife, his girls, his grandchildren and extended family. Some of the most important days of his life were spent with family at Clear Lake: fishing, playing pinochle, Fourth of July, sitting around bonfires and “talking smart.”

David loved to fish and hunt. Trips took him to the Missouri River, the Rainy River, the “Big Pond”, The Old Post and of course Clear Lake. Early morning waterfowl hunting found him with a cig in one hand and hot coffee from an old Stanley thermos in the other.

David was preceded in death by his father, Wayne A. Johnson and his mother-in-law Rita (Monson) Woolson.

To order memorial trees or send flowers to the family in memory of David Johnson, please visit our flower store.