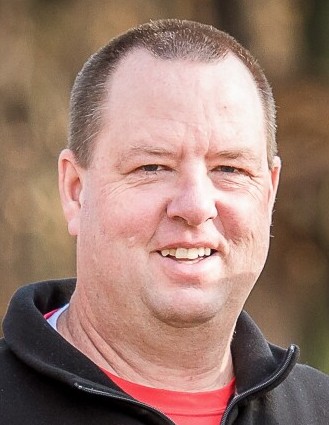 David Peter Himmelspach, Jr. was born on September 12, 1967 in Bismarck, ND, the son of David Sr. and Linda (Paulson) Himmelspach. He attended elementary school in Bismarck, then moved to Dickinson, ND, where he graduated from Dickinson High School in 1985. He continued his education at Dickinson State University, graduating with a bachelor’s degree in science education. He later earned a master’s degree in science from North Dakota State University in Fargo.

Dave and Jodi Marie (Keller) Himmelspach were married on June 19, 1992 in Dickinson. Dave began his teaching career in 1991 in Elko, NV, where he spent two years at Elko Junior High and two years at Spring Creek High School, where he also coached golf. Dave and Jodi moved back to Dickinson in 1995, where Dave taught science and was assistant coach for girls basketball and track at Richardton-Taylor High School in Richardton, ND. In 1999, they moved to Battle Lake, MN. Dave spent six and a half years teaching at Campbell-Tintah High School. He then taught from December, 2005 until the present at Battle Lake High School, where he also coached track.

Dave was a loving husband and father to Jodi and their three sons, Luke, Benjamin, and Thomas. His boys were his pride and joy, and he cherished the time spent with his family. He enjoyed fishing, golf, spending time on the lake, cooking, music, and trivia. He enjoyed all of his years of teaching and loved to joke with his students and be a part of all of their activities. Dave also loved the staff that he taught with through all the years and considered them like family. Dave had a great sense of humor and kept up his cheerful and optimistic attitude through his long battle with cancer. Dave died Monday, October 18, 2021 at Lake Region Health in Fergus Falls.

He is survived by his wife, Jodi; three sons, Luke of Fargo, Benjamin of Grand Junction, CO, and Thomas who is attending NDSU in Fargo; parents, David Sr. and Linda Himmelspach of Battle Lake; brother, Patrick (Isil) Himmelspach of Ankara, Turkey; sister, Jayne (Jeff) McDowall of Mandan, ND; father and mother-in-law, Jerry and Judy Keller of Dickinson; three sisters-in-law, Tracey (Jim) Pavlicek of Dickinson, Terri (David) Wieler of Walhalla, ND, and Brenda Keller of Bismarck; and by many nieces, nephews, relatives and friends.  Dave was preceded in death by his grandparents, and brother-in-law, Chris Keller.

Dave's family would like to send a special thank you to the doctors and staff at the Lake Region Cancer Care and Research Center in Fergus Falls for their wonderful care and kindness through the years of his battle with cancer.

Visitation: Friday at Our Lady of the Lake Church beginning at 5 PM with a 6:30 PM Prayer Service, followed by the Rosary.

Interment: Our Lady of the Lake Cemetery

To order memorial trees or send flowers to the family in memory of David Himmelspach Jr., please visit our flower store.

Our Lady of the Lake Church