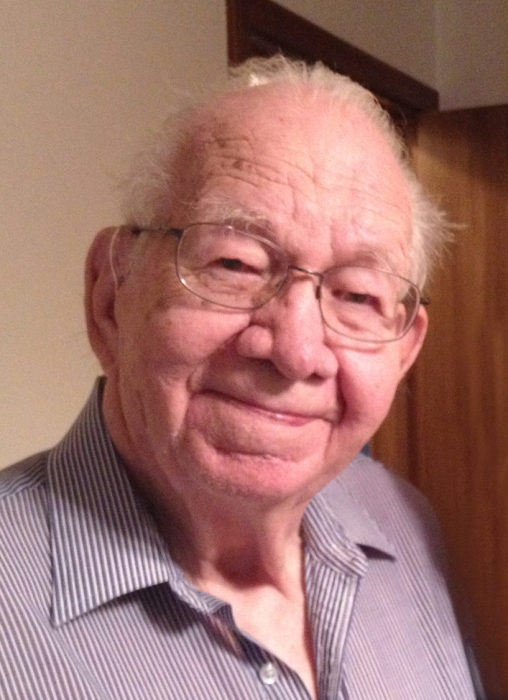 Darrell was born September 7, 1926 at Westport, Minnesota. He attended various country schools in the farming community of Villard, Minnesota and graduated from Glenwood High School. January 17, 1945, he married Adeline Hesse. They continued living in the Glenwood-Grey Eagle area and in 1956 moved to southern Minnesota to Blooming Prairie and Claremont. From 1965-89, they made Underwood their home. They retired in Fergus Falls. Darrell and Addie were married fifty-nine years and raised eight children.

Darrell was a champion buttermaker at a time when butter was artfully crafted and was entered in competitions. As good as he was at that, he successfully managed a number of creameries with a final stop at Underwood, Minnesota where he expanded the cooperative to include a hardware store, a large anhydrous ammonia plant, and even fishing bait. In all ways, Darrell simply loved to work and seldom took off any time. Farmers knew that if they needed something on a Sunday, Darrell would be there to load them up with seed or anything else they might require.  He quietly took care of people who trusted they could count on him in any situation.

After retirement, Darrell enjoyed his walks around Lake Alice, doing Sudoko, listening to the news and watching Twins games. He delighted in the small things such especially Addie’s cooking. As his sight deteriorated, he became an avid listener of audiobooks and music. His greatest joy came from updates about his family including twenty grandchildren and twenty-eight great grandchildren.  He was very proud that his family were good, capable people of integrity who made the world a better place. However, his family knows they were led by his example.


To plant a beautiful memorial tree in memory of Darrell Hesse, please visit our Tree Store.

To order memorial trees or send flowers to the family in memory of Darrell Hesse, please visit our flower store.