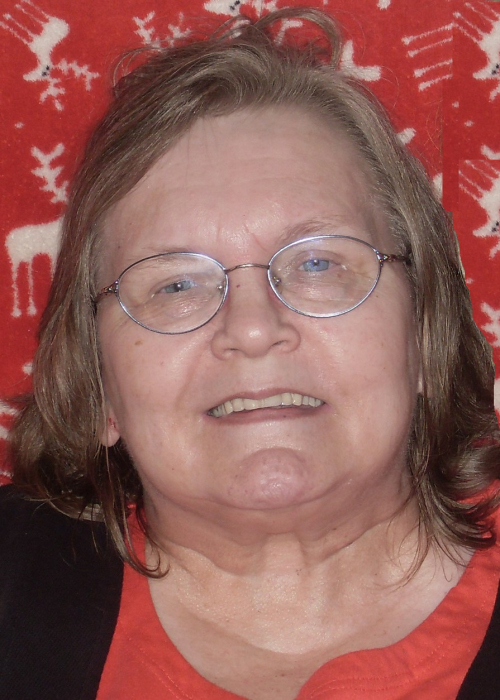 Darlene Charlotte (Peterson) Leabo was born July 1, 1943 to Vernon and Thelma Peterson in Alexandria, MN. She was baptized August 7, 1943 at Oscar Lake Church. Shortly after her birth, her family moved to Fergus Falls where her father ran the family farm with his brother Rueben. She attended District #28 Country School and graduated from Roosevelt Park High School in 1961. She was confirmed on April 11, 1954 at Grace United Methodist Church.

Darlene met her future husband, David while attending Junior College in Fergus Falls. They were married on January 1st, 1964. Darlene was a proud mom to 4 beloved daughters. In the summer of 1972 they built a home at the family farm and Darlene enjoyed the rest of her life there. Darlene accepted Jesus Christ as her Savior at Northern Pines Camp in Park Rapids, MN. It became a special place, where she spent a lot of time with family and friends. Darlene was a very active member and leader at Grace United Methodist Church, where she was an Education Director for 10 years. She taught many bible studies and classes over the years. She was involved through three generations in the Dane Prairie 4-H Club, as a member, a leader for her children, and a mentor for her grandchildren. Darlene was very devoted to her family. One of Darlene’s greatest joys was spending time with her family and especially weekend sleepovers with the grandchildren.

Darlene was preceded in death by her husband, David Leabo; daughter, Dawn Teberg; and her parents, Vernon and Thelma Peterson.

Visitation: 4-6 PM, Sunday, Glende-Nilson Funeral Home, Fergus Falls with a prayer service at 6 PM - and one hour prior to the service at the church

To plant a beautiful memorial tree in memory of Darlene Leabo, please visit our Tree Store.

To order memorial trees or send flowers to the family in memory of Darlene Leabo, please visit our flower store.