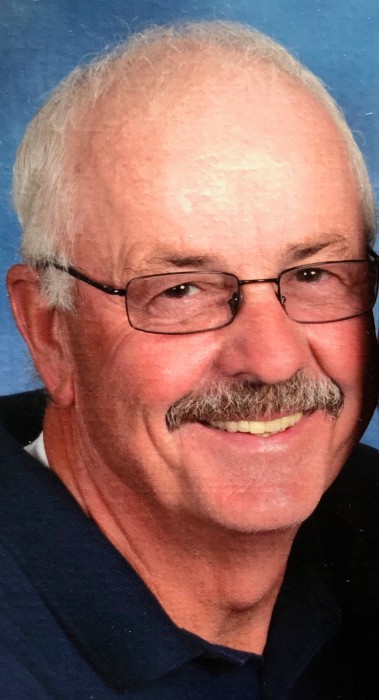 Dale Jerome was born on May 21, 1947, at Wright Hospital in Fergus Falls, MN, the son of Gilmen Leonard and Rosella Irene (Nohre) Helgeson. He was baptized and confirmed at First Lutheran Church in Elbow Lake. Dale graduated from Ashby High School in 1965 and in 1969, he graduated from Moorhead State University with a degree in Physical Education/Health.  Dale went on to student teach at  Twin Valley, MN before embarking on his lifetime career path of road construction.

On October 1, 1977, he married Joan Renee Sivertson, at Our Saviors Lutheran Church in Dalton. To this union three children were born, Kristie, Lane and Brian. The couple resided in Fergus Falls before returning to Dale’s parents homestead in Ashby. Dale worked at Dieseth and H & R construction for over 40 years as a superintendent until his retirement in October 2013. He was a member of the local 49ers Union and Our Saviors Ten Mile Lake Lutheran Church. Dale was a calm, patient, meticulous, hardworking, compassionate good Samaritan. Dale and Joan recently celebrated 40 years of marriage. Dale will truly be missed by all those who knew him.

He was preceded in death by his parents, Gilmen and Rosella.

Visitation: Wednesday, February 21, 2018, from 5-7 P.M. at the Glende-Nilson Funeral Home in Ashby and continuing one hour prior to the service at the church.

To order memorial trees or send flowers to the family in memory of Dale Helgeson, please visit our flower store.