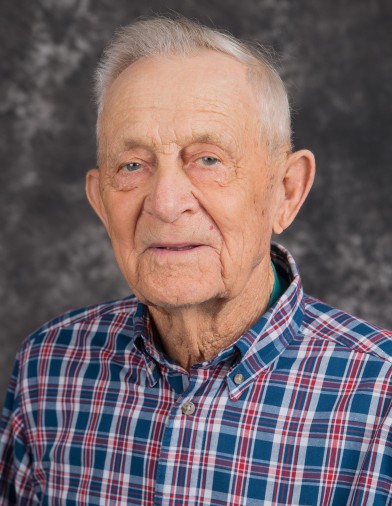 Dale Carol Burkey was born on November 30, 1926 in Urness Township, Douglas County, MN, the son of Clarence and Hattie (Pederson) Burkey.  He was baptized and confirmed in West Moe Lutheran Church, rural Brandon.  Dale attended District 70 in Urness Township until the 8th grade, at which time he began farming full time.

On December 20, 1947, Dale married Audrey Turnquist in Minneapolis, and they were blessed with two children.

Dale and Audrey lived on the farm in Urness Township, where they farmed together their entire life, milking cows and raising beef cattle, chicken, and pigs.  An avid outdoorsman, Dale enjoyed almost anything that could be done outside, including hunting, fishing and trapping.  Dale was a lifelong member of West Moe Lutheran Church.  He will be dearly missed.

In addition to his parents, Dale was preceded in death by his wife, Audrey on April 18, 2015.

Memorial Service:  2:00 PM Monday, September 24, 2018, at West Moe Lutheran Church, rural Brandon, with visitation one hour prior to services at the church.

To order memorial trees or send flowers to the family in memory of Dale Burkey, please visit our flower store.