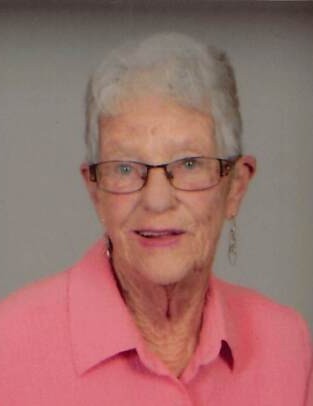 On Wednesday, December 15, 2021, Colleen passed away peacefully at her home in Battle Lake, Minnesota at the age of eighty-seven years.

Colleen (Cool) Macheledt was born on April 16, 1934 in Marshall, Minnesota the daughter of Mike and Alice (Lambert) Cool. She graduated from Marshall High School in 1953.

Colleen Cool and Ron Macheledt (high school sweethearts) were married on September 28, 1953, in the St. Lawrence Cathollic Church by Rush Lake. After their marriage they moved to OtterTail Lake, where they owned and operated Sandy Shores Resort for twenty-one years.

Colleen enjoyed being the proprietor for Sandy Shores and being a housewife. Their eight children were her pride and joy. As you can imagine, they kept her on her toes and she led a very active life! As her children became adults and grandchildren and great grandchildren appeared, Collen’s love for her family was her top priority. Colleen also enjoyed fishing and spent many enjoyable hours fishing which included from a boat, ice fishing, and her many fishing trips to Canada. Colleen entered many fishing tournaments with Ron. Feeding the various types of birds that visit each summer, especially the hummingbirds, was a delight for her. You could also often find her on her riding mower either mowing or picking up leaves or cleaning up the yard. Colleen has enjoyed spending the winters in Gulf Shores, Alabama the last 13 years.

Visitation will be Friday from 5 to 7 PM, with Parish Prayers followed by the Rosary at 6:30 PM, at Our Lady of the Lake Catholic Church.

Interment will be in the church cemetery.

To order memorial trees or send flowers to the family in memory of Colleen Macheledt, please visit our flower store.