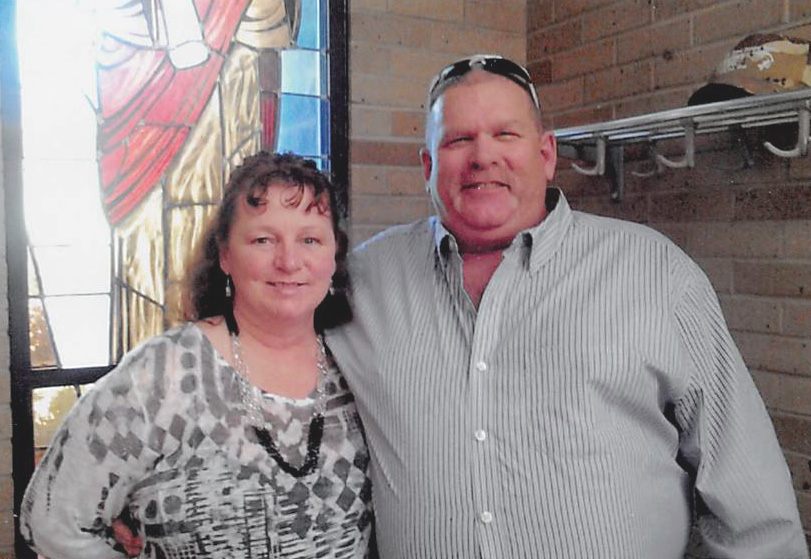 Gary Allen was born on February 22, 1963, in Moorhead, Minnesota the son of Gerald and Cynthia (Anderson) Heald.  He was baptized and confirmed in the Lutheran Faith, attended the Underwood Public School and graduated from the Battle Lake High School in 1982.  He served with the US Army.  After his discharge he worked with Mark Sand and Gravel and then Fergus Falls Monument Company before he started trucking.  Gary had three children, Meg, Matthew and Amanda.  Cheryl Marie was born on October 7, 1962, in Northfield, Minnesota the daughter of James and Mary (Marcotte) Thoma.  She was raised in the Assembly of God Church and had a strong personal faith and journey.  Cheryl graduated from the Browerville High School in 1981.  Cheryl raised three children, Candice, Katie and Jamie.  She worked various jobs before starting truck driving in 2001.  Gary and Cheryl have been together since April of 2012, both having a passion for their work, over the road truck driving with R&R Transport.  They enjoyed fishing, hunting, nature and especially their family.

Cheryl is survived by three children, Candice (Jessica) Brazil of Anthony, Florida, Katie (Dave) Sobolewski of Crystal and Jamie Brazil of Crystal; two grandchildren; parents, James Thoma of Browerville and Mary Marcotte of Wadena; sister, Rita (Steve) Thoma of Park Rapids; two brothers, Daniel (Gloria) Thoma of Solway and Kenny (Tracy) Thoma of McHenry, Illinois; and by numerous relatives and friends.  She was preceded in death by her grandparents; two brothers, Lawrence and Mark Thoma and her niece, Jessica Johnson.

To order memorial trees or send flowers to the family in memory of Cheryl Thoma, please visit our flower store.