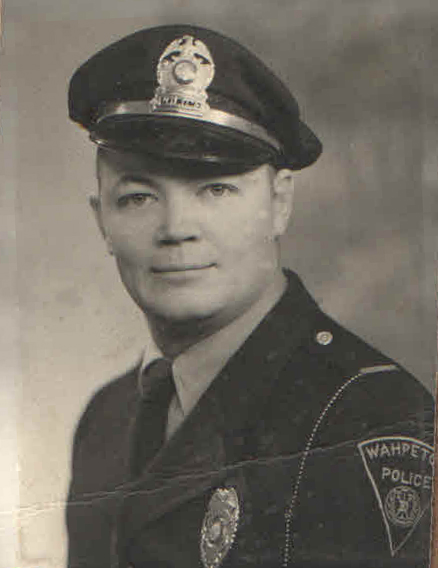 Cecil was born on November 15, 1931, in Mapleton, ND to Harley and Nellie (Grindberg) Sheeley. He grew up in Mapleton.

In 1949, he married Barbara Peak and they raised four children.  In 1954, they moved to Wahpeton, ND where he worked for the Wahpeton Police Department for twenty years.   Cecil was the youngest Chief of Police in North Dakota.  In 1974, they moved to Battle Lake where he was Chief of Police for twenty-two years, retiring in 1997.  In 2008, Barbara passed away and he was lost.  In 2010, he met and fell in love with Myrta Swanson.  They spent the next 8 ½ years together.  He would say “the Lord sent Myrta to me and called her his angel”.  She gave him so much happiness and they made a home together.  Cecil loved camping and going to the lake with his family.  Later he especially loved ice fishing on Battle Lake with Barbara.  He loved going to rummage sales and finding anything related to music.  He loved music throughout his life.  He played drums in a country/polka band for many years.  He spent many hours in his music room playing and fixing CD players and all kinds of electronics. Cecil loved to listen to his classic country music.

A Family Graveside Service was held at the Lakewood Cemetery in Battle Lake.

To plant a beautiful memorial tree in memory of Cecil Sheeley, please visit our Tree Store.

To order memorial trees or send flowers to the family in memory of Cecil Sheeley, please visit our flower store.