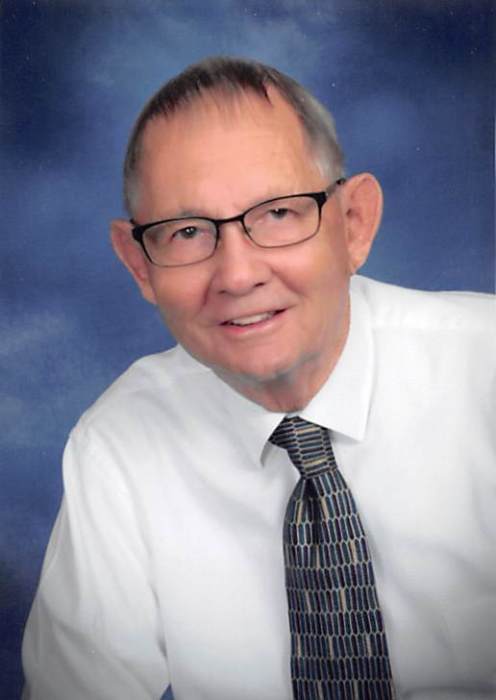 On September 19, 1930, Burke Blayne Schultz was born to Eldred and Ruth (Pream) Schultz in Ottertail MN. Burke became an heir of life everlasting through the washing of Holy Baptism on November 15, 1930. He confirmed his membership in the Evangelical United Brethren Church on April 18, 1954. Burke died on Saturday, November 24, 2018.

Burke graduated from Perham High School in 1948. He enlisted in the Army Reserve and served twelve years in that service. He began his life-long career in the fire service as a volunteer firefighter and then full time Fire Safety Inspector for the City of Fergus Falls. He was appointed Fire Chief of the City of Fergus Falls in December 1985 and retired in June 1995, with a total of 38 years in the fire service.

On August 19, 1967 he and Joann Halverson exchanged marriage vows at Trinity Lutheran Church, and in 1976 they were blessed with a son, Aaron.

Burke was a member of Trinity Lutheran Church and a strong supporter in the establishment of the Trinity Lutheran School and during Aaron's years at the school he was active in the Parent-Teacher League and related TLS activities. Burke was active in Aaron's activities of Scouts, ball games, high school football, fishing, camping, and they golfed together many summers.

Burke was preceded in death by his grandparents; his parents; a niece, Luissa Schultz-Trapp; brothers-in-law, Wesley Miller, Eldon Halverson and Rev, David Nickel and his father- and mother-in-law, Morris and Agnes Halverson.

Memorial Service: 11:00 a.m., Tuesday, December 4, 2018, at Trinity Lutheran Church in Fergus Falls, with a visitation one hour prior to the services at the church.

To plant a beautiful memorial tree in memory of Burke Schultz, please visit our Tree Store.

To order memorial trees or send flowers to the family in memory of Burke Schultz, please visit our flower store.