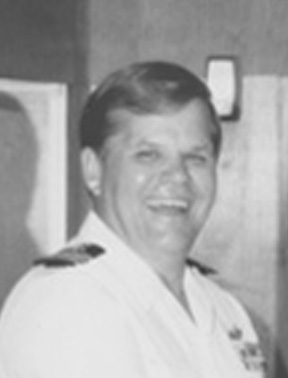 With great sadness, the family of Bruce Edward Holdt announces his unexpected death on Friday, September 21, 2018.

Bruce graduated from Fergus Falls High School in 1961.  He enlisted in the Navy on December 2, 1962.  He attended Aviation Electronics School in Memphis, TN; Airborne Combat Information Center School in Glencoe, GA, and EC-121 Systems Training in Barbers Point, HI.  He then served three years as a Combat Aircrewman in Airborne Early Warning Squadron One in Agana, Guam.

He fell in love, and married Karen Ann Wallin on January 28, 1966.  After graduation from the University of Washington with a BS in Oceanography, he attended Officers Candidate School, and was commissioned as an Ensign, U.S. Navy August 2, 1968.

He served as the Anti-Submarine Warfare Officer on the USS Taussig (DD-746).  After completion of Destroyer School, he served as Operations Officer on the commissioning crew USS Reasoner (FF-01063) San Diego, CA in 1971, and then First Lieutenant on the USS Tuscaloosa (LST-1187) Monterey, CA from 1972 to 1974.   After completing his masters at the Naval Postgraduate School in Monterey, CA, he served as the last Commanding Officer of the USS Grand Rapids (PF-98), a Guided Missile Patrol Gunboat, home ported in Naples, Italy.  In October 1980, Commander Holdt took command of the USS Implicit (MSO-455) in Tacoma, WA.  Two years later he attended the NATO Defense College in Rome, Italy.  After graduation, he was assigned as Head of the Global Event Cell and Special Assistant for the Integration of Spain into NATO at the Supreme Headquarters Allied Powers of Europe (SHAPE) in Mons, Belgium.  After returning to the United States, Commander Holdt served as an Operations Office on the USS Nassau (LHA-4).

In July 1987, after completing Portuguese language and attache training, Commander Holdt reported as Assistant Naval Attache to Brazil and Head of the Defense Attache Office, Rio De Janeiro, Brazil. He returned to the United States in 1989, and was assigned to Accession Plans and Policy (OP-136) in the Office of the Chief of Naval Operations in Washington D.C., until his retirement in October 1990. During his 28 year Naval career he visited 42 different countries.  He served his country from 1962 to 1990.  Bruce loved traveling with his family on his Naval career deployments, the adventures of his deployments, and he loved the sea.

After his Naval retirement he worked as a consultant in Remedy IT Infrastructure Management for several companies.

He retired to his lake home on Clitherall Lake, Minnesota.  He cherished time with family, fishing on Clitherall Lake, gardening, traveling and he was the family chef.  One of his greatest joys in Minnesota was time spent with his grandkids with picnics, beach time, boating, bonfires with s’mores, fishing and hunting.  Bruce’s wife, Karen, passed away in March 26, 2015.

In 2018, Bruce exchanged the cold winters of Minnesota for life in coastal Alabama.  He always loved the sea.  He fell in love again this last February, and married Jane Turk Tyler on June 9, 2018.  He was an Ambassador for the Coastal Alabama Business Chamber, and became a member of the Gulf Shores United Methodist Church.  He said he loved the warm climate, and the warm Southern hospitality.  Bruce Holdt loved life and people as well.  He was generous with his smiles, his time and his efforts, always putting others first.  In the short time that he spent in lower Alabama, he gave so much of himself to the community, and we are grateful for the time he shared with us.

A Celebration of Life and burial will be held at Trefoldighed Lutheran Church, Battle Lake, Minnesota on October 13, 2018, at 11:00 AM

To order memorial trees or send flowers to the family in memory of Bruce Holdt, please visit our flower store.