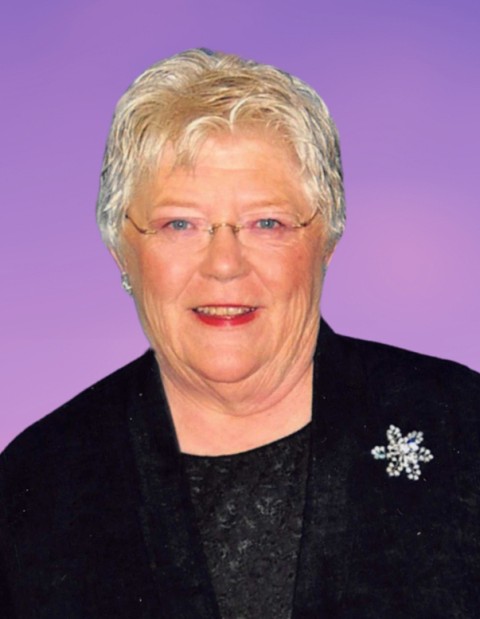 Beverly Ann Drager was born on August 6, 1944, in Minneapolis, Minnesota, the daughter of Carl and Eunice (Thorson) Holt.  She was raised in Pelican Rapids, was baptized in Ringsaker Lutheran Church, and confirmed in Trinity Lutheran Church. Bev attended country school through elementary school and graduated from Pelican Rapids High School in 1962.  Bev kept herself busy at school volunteering in the school library. She even wrote a play for the drama club.  Bev furthered her education for two years at Fergus Falls Community College studying Home Economics and Education. Bev worked at Dailey’s Shoe Store and Woolworths in Fergus Falls.

Beverly and Ronald Drager met accidentally when his date locked herself out of her apartment and asked if Ronnie could bring her to her friend Bev's.  Bev was sitting at the table dressed in a bright orange bathrobe, hair in curlers eating pizza and drinking Coca-Cola studying for her exams.  Two years later, Bev and Ronnie were married on March 19, 1966, in Trinity Lutheran Church in Fergus Falls.

They lived in East Grand Forks, MN where she was employed with Crestwood Elementary School with special needs kids, Griffiths Department Store, and sold Avon.  Bev was involved with Boy Scouts for 12 years and Immanuel Lutheran Church where she was active with LWML and Children's Christian Education. They moved to Easton, Pennsylvania in 1986 where she worked for Hess’s Department Store selling high-end furniture.  Ron and Bev moved to Casselton, ND in 1993 and Bev worked with Schlagel Oil Company and then was the librarian for the City of Casselton, retiring in 2016, and then moved to Fergus Falls.

Bev enjoyed spending time at their 'summer place' on the Otter Tail River reading on the deck and watching the tubers go by, collecting cookbooks, fishing, sewing, canning, and the thrill of the hunt for a good deal.  She enjoyed an "occasional" visit to the casino including many free trips to Laughlin, NV, taking short trips with Ronnie and participation in organizing Navy Reunions for Ron’s ship.

She is survived by her husband, Ron; two children, Chris (Dena) Drager of Racine, WI and Andrea (Ken) Watkins of Fergus Falls; four grandchildren, Drew and Sophia Drager and Echo and Kaleb Watkins; two brothers, Carl (Ruth) Holt and Harold Holt both of Pelican Rapids; and by numerous nieces, nephews, relatives, and friends.

She was preceded in death by her parents; and sister, Ruth (Arland) Berg.

In lieu of flowers, memorials are preferred to LB Hospice.

A small lunch will be served following the prayer service at Pebble Lake.

To order memorial trees or send flowers to the family in memory of Beverly Drager, please visit our flower store.