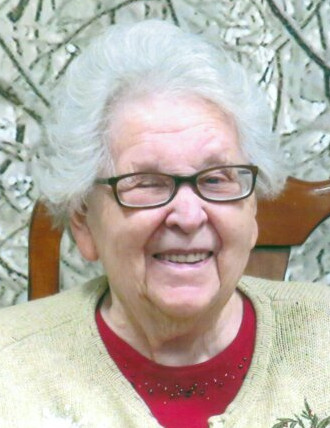 Stories of the fabled farmhouse just outside of Wendell, Minnesota would be the first thing you hear upon meeting Betty (Woessner) Hatling. It was there, her childhood home hand-built by her grandfather, where she learned the values that would come to shape a near-century of life — values of hard work, dedication to family, and the power of a joyful heart.

Born in 1929, the value of hard work was first taught to Betty by her parents, Albert & Olga (Halverson). Alongside her siblings, Harold, Gloria (Wade), and Richard, the Woessner clan built a successful farming operation. As a young girl, the Rural Electrification Administration brought power to the farm, and in the coming years, a telephone, which paved the way for Betty’s first job as a switchboard operator in Elbow Lake. Humble roots on the road to progress.

Her next job would come a few years later. At a dance in neighboring Barrett, Betty met a man by the name of Noble Hatling. A deep love quickly grew and they married in 1952. While Noble worked his way up the ranks at Otter Tail Power Company, Betty assumed a full-time role as a Mother after welcoming their three boys into the world, whom she affectionally called to the dinner table by yelling out, “Jonnie, Mikey, Billy,” from the kitchen door. Her boys were her pride and joy. “You bring tears to me eyes,” was a common expression heard from Betty as they entered her home — the simple joy of seeing those she loved.

Settling into their longtime home on the southwest side of Fergus Falls, Betty juggled her role as a mother with being active in the First Lutheran women’s circle and the community as a Cub Scout Den Mother. A passionate gardener, Betty filled the yard with fruit trees and vegetables, which she often turned into jams, sauces, and canned goods. Her flower beds were the envy of the neighborhood.

Betty spent her final years at the Minnesota Veteran’s Home in Fergus Falls. She was a strong competitor at the bingo table and a proud member of the choir. She brought joy to the residents and nurses as she led rounds of the classic bluegrass song, “You Are my Sunshine.”

You would often hear Betty quote her father in saying, “Life is great if you don’t weaken.” It should be known Betty Hatling lived a great life, through to her final days.

To order memorial trees or send flowers to the family in memory of Betty Hatling, please visit our flower store.
Open