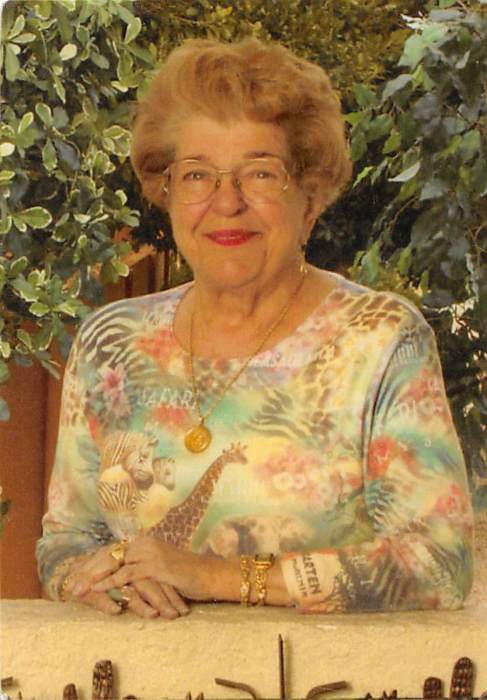 Beryl J. (Cloos) Leonard, 90, died peacefully at home with loved ones holding her hands at Country Care in rural Evansville on July 22, 2018.

Beryl Cloos was born June 11, 1928 to Peter H. and Ada J. (Evander) Cloos, Watertown, S.D. They were summer residents at Camp Roma, Eagle Lake near Battle Lake, for many years.

While in high school at Watertown, Beryl was a majorette, won first place in girl’s tennis and worked at her father’s Gambles and Coast to Coast stores before graduating in 1947. She completed Business College at Mankato, MN.

In 1949, she married Robert (Bob) Wilson. They lived in Watertown where she worked for International Harvester Company, the American Cancer Society and Midland Life Insurance. They divorced in 1952.

Beryl moved to Pierre, SD, where she worked for the state. She married Gene Collins June 4, 1954 and they lived on Lake Kampeska near Watertown, later moving to San Louis Obispo, CA. There Beryl worked for the California National Guard. They built a home in Atascadero, CA and had a daughter, Karyl Lynn, born Dec. 10, 1964 and died in 1967. The Collins divorced in 1971.

Beryl moved back to Watertown where she was successful with several network marketing companies including Shaklee, Vital Corporation and Vitalizer and winning trips to San Francisco and Las Vegas.

On Oct. 28, 1986, she married Eldred Leonard. They lived in Bella Vista, AR and wintered in Mesa, AZ, visiting SD in the summer.  After Eldred’s death, Beryl moved to Evansville in 2016, where she lived with and was cared for by Don and the late Sharon Henneman at Country Care.

Beryl had been a member of Foursquare Church in Watertown; the Ladies 600 Bowling Club, was a numismatist, enjoyed golfing, traveling, knitting, gardening, taking photos, making macramé chairs and especially playing cards. She was known for her sharp wit, gentle laughter and terrific sense of humor which she maintained to the end.

She was preceded in death by her parents, her husband, Leonard and special cousin, Sharon Henneman. She is survived by three step daughters: Linda Adams, Lynn Haven, FL; Diane Leonard and Sharry Leonard, both Watertown; a sister-in-law, Lorraine Willis, Omaha, NE; four grandchildren, one great granddaughter and numerous cousins.

A graveside service will be Sat. Aug. 11th at 11 a.m. at the Evander Family Cemetery on the shores of Eagle Lake south of Battle Lake, MN.

Glende-Nilson Funeral Home, Evansville, is in charge of arrangements.

To order memorial trees or send flowers to the family in memory of Beryl Leonard, please visit our flower store.