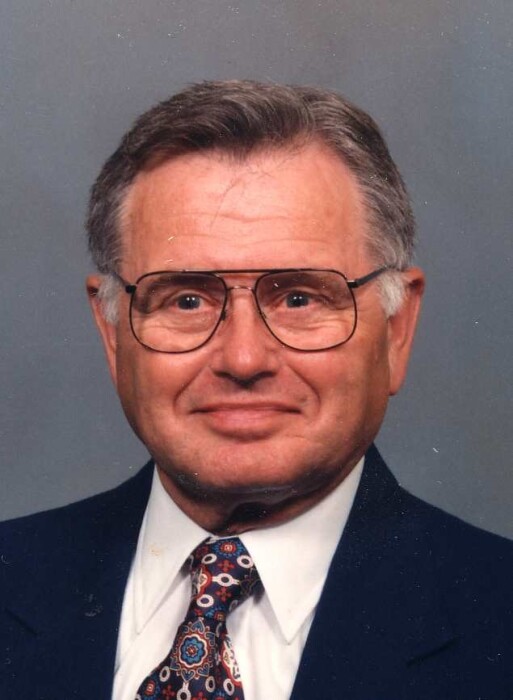 Bernard Leroy was born on August 24, 1923, in Grand Forks, North Dakota, the son of Ludvig and Judith (Lunde) Egstad. He was a 1941 graduate of the High School Department of Lutheran Brethren Schools in Fergus Falls. Bud served in the U.S. Navy from 1941-1946. He completed his basic training in Idaho, before finishing his advanced training in Los Angeles, California. After training, Bud served in the Pacific Islands, New Caledonia as a Radio Man. He was honorably discharged in 1946.

In March 1998, he married Judy Erickson in Aitkin, MN. Judy passed away in 2010, and in 2012, Bud moved to Fergus Falls to be closer to his family. His faith was very strong and served as Sunday school teacher and superintendent, served on the mission board, he was an Elder at the church in Aitkin. He was a member of Bethel Lutheran Church in Grand Forks and Aitkin and lastly the Good Shepherd Lutheran Brethren Church in Fergus Falls. His interests included working in his flower and vegetable gardens, playing card games especially Uno, Phase 10, Rook, and Golf, painting, making maple syrup and picking raspberries to make some of his special jam to give away. Bud was a family man who cherished spending time with family especially taking the grandkids fishing.

He was preceded in death by his parents, Ludvig and Judith; his wives, Margaret  and Judy ; a sister, Olive Blikstad and three brothers, Judson, David and Louie Egstad.

To protect the health and safety of all, services are currently being limited as required by state and local authorities and the CDC. Expressions of sympathy during this time can be left on the condolences page available with the obituary on our website. We also encourage you to view the video tribute and/or livestream of the service that may be available. Check the funeral home website for the latest COVID-19 update. Memorial Service: 2:00 P.M., Friday, June 12, 2020, at Good Shepherd Lutheran Brethren Church in Fergus Falls, with a visitation one hour prior to the service. Clergy: Pastor Mark Tungseth Interment: Dorris Cemetery, Aitkin, Minnesota Military Honors: MNARNG Honor Guard No flowers please instead memorial donations preferred to the Inspiration Point Bible Camp or Lutheran Brethren International Mission.

To order memorial trees or send flowers to the family in memory of Bernard “Bud” Egstad, please visit our flower store.