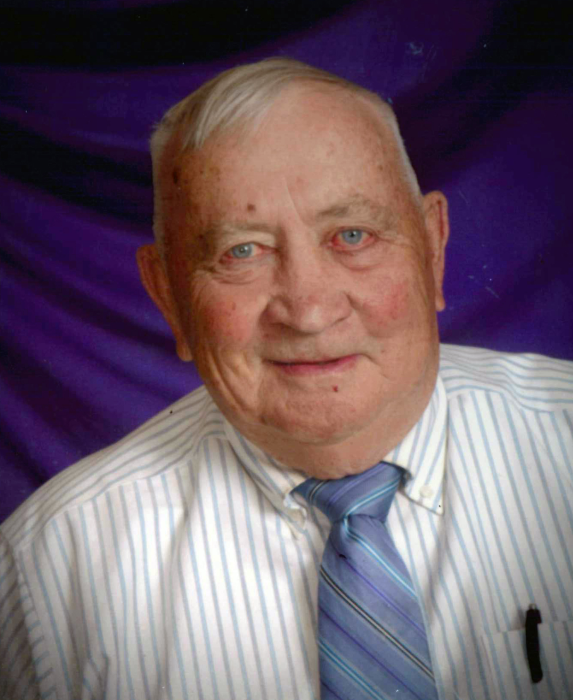 Bernard James Korkowski was born on March 3, 1931 in Brandon Township, the son of Frank and Mary (Freske) Korkowski.  He attended the Evansville country school through the eighth grade, at which time he began farming with his father fulltime.  They raised milk cows, chickens, and small grains.  In 1969, Bernie retired from farming.

On April 11, 1970, Bernie married Diane Anderson at St. Ann’s Catholic Church in Brandon, and they were blessed with five children.

Bernie went to work for Ludke’s / Henry’s Foods as a warehouse and forklift operator in Alexandria, retiring in 1994.  In retirement, Bernie worked part-time as a lineman for Gardonville Telephone, delivered fertilizer for the Brandon Elevator, and worked maintenance for Greenview at area rest stops.

Bernie was a member of St. Ann’s Catholic Church, where he was active in the Knights of Columbus and Men’s Club.  He served on the Brandon School Board and was a member of the Brandon Lions.  Bernie greatly enjoyed the outdoors, especially gardening, biking, walking, fishing, bird watching, and taking long drives.  Most of all, Bernie cherished time spent with his children and grandchildren.

In addition to his parents, Bernie was preceded in death by his siblings, Irene, Leon, Wilfred, Walter, Vincent, Audrey, and Dorothy; and three infant siblings.

Visitation: 3 – 5 PM Sunday, with a 5 PM Knights of Columbus Rosary at St. Ann’s Catholic Church, Brandon, and one hour prior to Mass at the church.

To order memorial trees or send flowers to the family in memory of Bernard Korkowski, please visit our flower store.