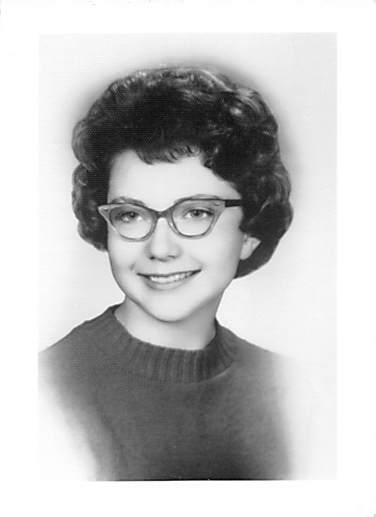 Barbara Joan was born on September 28, 1942, in Fergus Falls, Minnesota, the daughter of Lewis Oliver and Genevieve (Austwold) Claypool. She attended school in Fergus Falls with the class of 1961. After graduation, she studied at White Bear Community College and then the University of Minnesota, where she majored in psychology with a minor in chemical dependency. With her degree in social work from the University, she worked in a Minneapolis Treatment Home and Otter Tail County Social Services for over ten years.

In 1962 she married Larry Kimball at the First Lutheran Church in Fergus Falls. They have one son, Anthony Lee Kimball.  In 1979 she married Isaac Mack. The couple resided in Minneapolis and Pensacola, Florida, and yielded one precious daughter Kristen. In the fall of 1994, she placed an ad in the "Lonely Hearts" section of the Fairbanks Daily News-Miner, and after receiving over forty responses, she answered only one. On August 18, 1995, the Lord joined her together in holy matrimony to Allen Carpenter at the Freedom In Christ Church near North Pole, Alaska, presided over by Pastor Bob Herringshaw. She and Kristen moved in with Allen at his residence in Pleasant Valley and 25 years of marital bliss ensued, punctuated by lots of ups and downs, of course.

Early in the morning of November 11, 2020, after a long, debilitating illness, Barbara passed away at Americare Lodges, a long-term senior care facility in Grand Rapids, Minnesota. Her first husband Larry and her parents, Lewis and Genevieve, preceded her in death.

Her surviving family includes her son "Tony" with his wife Wendy of Fergus Falls, her daughter Kristen (David) Holland of Fairbanks, Alaska, three grandchildren, Katriana, Cailee, and Elizabeth, her sister Bette (Gaylord) Rachels of Fergus Falls, her husband Allen, along with a host of friends from around the world.

When religious leaders confronted Jesus and attempted to trap Him, as related in Matthew 22: 35-40, He listed the two greatest commandments:

1. Love the Lord your God with all your heart, soul, and mind.

2. Love your neighbor as yourself.

Barbara's life perfectly exemplified the fulfillment of these two laws, as those who remember her can readily attest. May she know God's divine peace, resting in the arms of her Savior, and ours, the Lord Jesus Christ.

To order memorial trees or send flowers to the family in memory of Barbara Carpenter, please visit our flower store.