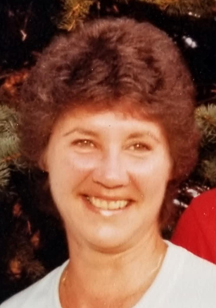 Barbara Ann Olson Beeson was born on December 17, 1941 in Fergus Falls, Minnesota the daughter of Leonard and Myrtle (Lindrud) Olson. She was baptized at her grandmother’s home by Pastor Drage who had married her parents and was confirmed in the Trinity Lutheran Church in Battle Lake. Barb graduated from the Battle Lake High School in 1959 and attended the Fergus Falls Community College for two years.

Barbara and Maris Beeson were married on June 30, 1962 in the Trinity Lutheran Church. After their marriage they lived in Grand Forks, ND, St. Paul, Mn., Moline, Ill., Chicago, Ill., Omaha, Neb., and Houston, Tx., until 1989 when they retired to Otter Tail Lake. Barb had worked as an Assistant Controller with University of North Dakota, Administrative Assistant to the Vice-President with Data Display in St. Paul, Import Dept. with John Deere in Moline then was employed with InterNorth Oil Co. in Omaha then transferred to Houston where she was a Forms Manager. She enjoyed crafts, gardening, flowers and was an avid bowler. She served as a Deacon in her church, Boy and Girl Scout Leader for her children and a team mother for several football teams.  Barb was a stay at home Mom for a while after each child, Mark and Andrea were born.  She enjoyed spending time with family and friends in her life and was a member of the Zion Lutheran Church of Amor.

Barb is survived by a son, Mark (Tammy) Beeson of Brighton, CO; daughter, Andrea (Dean) Beadles of Austin, TX; four grandchildren, Kate, Ashley, Michael, and Holland; brother, Roger Olson of Fergus Falls; sister, Beverly Donnellan of Albuquerque, NM, brother and sister-in-law, David and Marianne Frees of Ottertail, MN as well as nieces and nephews on both sides of her family.

She was preceded in death by her husband, Maris; parents, Leonard and Myrtle Olson; sister-in-law, Kathy Olson and brother-in-law, Dr. Michael Donnellan.

In lieu of flowers, memorials are preferred to Zion Lutheran Church of Amor or PioneerCare.

Memorial Service: 11:00 AM Friday, March 16, 2018, in PioneerCare Celebration Center, Fergus Falls, with visitation one hour prior to services.

To plant a beautiful memorial tree in memory of Barbara Beeson, please visit our Tree Store.

To order memorial trees or send flowers to the family in memory of Barbara Beeson, please visit our flower store.