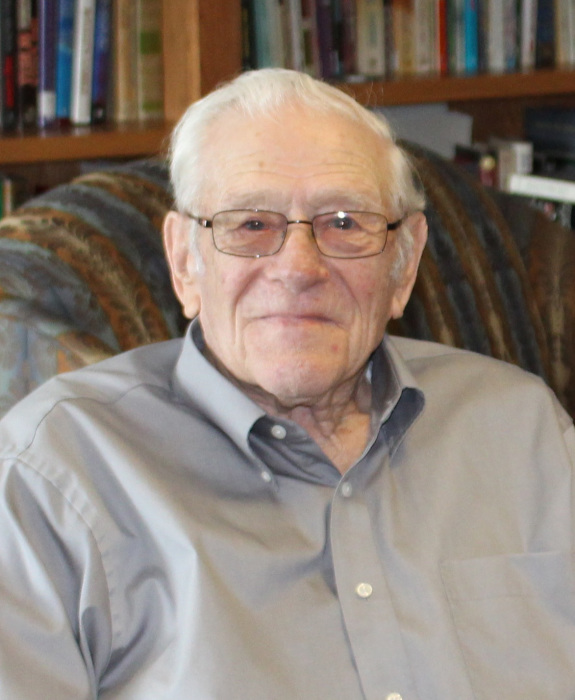 Arvid James Hustad was born on August 21, 1926, at home in Clitherall Township, rural Battle Lake, Minnesota the son of Agnar and Amanda (Larson) Hustad.  He was baptized and confirmed in Trefoldighed Lutheran Church, attended Country School in Clitherall Township and graduated from the Battle Lake High School in 1944.  Arvid served in the U.S. Army serving with the Occupation of Germany after World War II.

Arvid and Margarete Grewe were married on March 31, 1957, in Trefoldighed Lutheran Church.  After their marriage they lived on a farm south of Battle Lake where he dairy farmed with his brother, Earl and son Arlyn.  Arvid was a lifetime member of Trefoldighed Lutheran Church, American Legion and the VFW.  He enjoyed the round table coffee with his friends, first in Moen Inn and the later years in Shoreline.  Arvid was an outdoors person who enjoyed his farming, many years of deer hunting by Orr, was proud of his family and especially his grandchildren.

Visitation: Thursday from 4 to 7, with a 7 PM Prayer Service at Glende-Nilson Funeral Home and one hour prior to the service at the church.

To plant a beautiful memorial tree in memory of Arvid Hustad, please visit our Tree Store.

To order memorial trees or send flowers to the family in memory of Arvid Hustad, please visit our flower store.