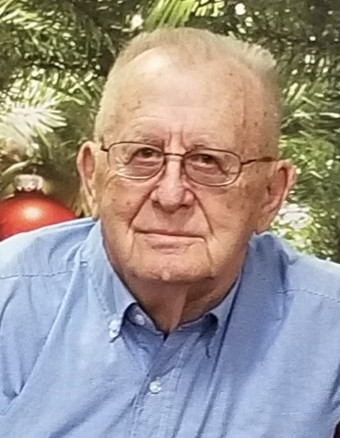 Arthur Blaine was born on December 12, 1926, in Fergus Falls, MN, the son of Arthur and Bertha (Garberg) Stortroen.  He was baptized and confirmed at First Lutheran Church and attended school at Fergus Falls High School. Arthur served in WWII as a Private First Class stationed in Honolulu, Hawaii 1945 to 1947 before his honorable discharge.  Arthur worked for Otter Tail Power Company for 43 years until retirement and then began managing an apartment building for many years. On September 10, 1949, he married Catherine Nelson in Fergus Falls, MN. He was very active in Boy Scouts, serving as Scout Master for over 60 years. He attended Philmont Scout Ranch in New Mexico and enjoyed boy scout camp annually with his troop and leaders. He took his troop to the boundary waters on several occasions. He earned the prestigious Lifetime Scouter Award from the Northern Lights Council along with the Eagle Scout Honor and the Silver Beaver Award.

Arthur enjoyed summers on Round Lake, boating with the kids and grandkids, hunting, ice fishing, camping, his activity with the Fergus Falls chapter of MN Deer Hunters (serving as past president) and delivering meals on wheels.

He was preceded in death by his parents, Arthur and Bertha Stortroen; and brother Paul Stortroen.

Funeral Service: 11:00 A.M., Thursday, October 20, 2022, at First Lutheran Church in Fergus Falls, with a visitation one hour prior to the service at the church.

To order memorial trees or send flowers to the family in memory of Arthur Stortroen, please visit our flower store.
Folder Stortroen.pdf
Open