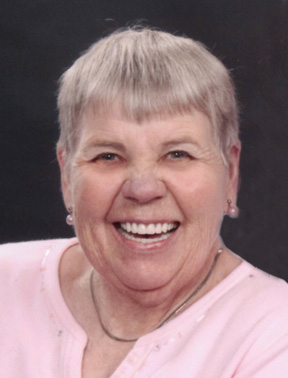 Arlene Carole Malecki was born on February 17, 1941, in St. Anthony, Minnesota, the daughter of Andrew and Irene (Anderson) Moen.  She attended school in St. Anthony and then continued her education in Battle Lake, graduating from Battle Lake High School in 1959.

Arlene and Chester Malecki were married on June 16, 1962, in Chicago, Illinois.  After their marriage they lived in Chicago where she was employed at Harris Bank, and later was a homemaker raising her children, Michael and Michele.  In 1974, they moved to Battle Lake, where they purchased Moen Inn and operated the restaurant for eleven years.  After selling the restaurant, Arlene managed the Battle Lake Liquor Store for six years.  She enjoyed knitting, crocheting, her family, grandchildren and great grandchildren, and she loved giving hugs to everyone she met.  Arlene was a long-time member of TOPS.

Visitation: Thursday from 5 to 7 PM, with a 7 PM Prayer Service, at Glende-Nilson Funeral Home in Battle Lake and one hour prior to the service at the church.

To plant a beautiful memorial tree in memory of Arlene Malecki, please visit our Tree Store.

To order memorial trees or send flowers to the family in memory of Arlene Malecki, please visit our flower store.