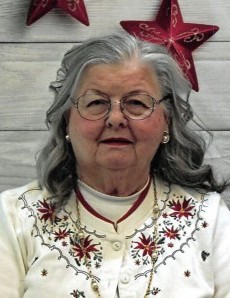 Ardele Wagner, 83, of Fergus Falls, formerly of Clitherall and Millerville, died on, Sunday, January 3, 2021 at PioneerCare in Fergus Falls.

Ardele Wagner was a farmer, wife, homemaker and the best Mom to three children that were always a handful. She grew up Ardele Anderson on family farms outside of Clitheral, MN and Millerville, MN with a proud Norwegian heritage (especially the cooking). She graduated from Brandon High School in 1955 and worked at the Brandon Bank for several years.

She married Mervin Wagner in September 1959 and resided on his family farm for the next 30 years. She raised their three children (Jeff, Greg & Kay) to be independent and resourceful with a drive to be the best they could be and in this she succeeded greatly. The couple then semi-retired to Fergus Falls, MN where they lived out their lives.

Ardele was a great woman and will be dearly missed by her children, grandchildren, relatives and friends.

To plant a beautiful memorial tree in memory of Ardele Wagner, please visit our Tree Store.

To order memorial trees or send flowers to the family in memory of Ardele Wagner, please visit our flower store.

Our Lady Of Seven Dolors Cemetery