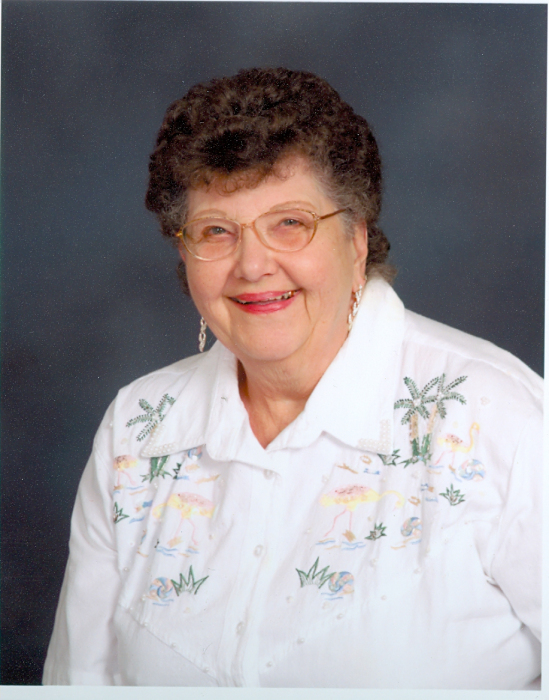 She was born April 29, 1939 in Minneapolis, MN to Wayne and Ardis (Orttel) Lynch.  She grew up and attended school in St. Louis Park, MN.  On October 27, 1956, she was united in marriage to Joseph Mies, Jr. in Mason City, IA.  On March 30, 1964 she was baptized in Minneapolis and on March 15, 1967, she was confirmed at St. Alphonsos Church in Brooklyn Center, MN.  The couple lived in Brooklyn Center until 1993 when they moved to Clitherall.  While living in Brooklyn Center, Ardeen worked for Shaper Toy Company assembling toys from her home.  She also did an extensive amount of volunteer work.  Joseph passed away on November 16, 2012.

Ardeen enjoyed bowling, sewing, crafting, knitting, crocheting and painting.  She was a member of the Dachshund Club of MN and had several long-haired dachshunds over the years.  Ardeen always hosted Christmas at the cabin and enjoyed spending time with her family.

Ardeen is survived by her daughter, Teresa Mies (Bart Goodrich) of Battle Lake, four grandchildren: Dan (Katie) Chock of Minneapolis, Jonathan Chock of St. Cloud, Laura (Jacob) Haugen of Dalton and Joshua Chock of Alexandria, two great-grandchildren: Aria and Skylynn, a sister, Susan Almquist of Minneapolis and a brother, Wayne (Gay) Lynch, Jr. of Minneapolis.  She was preceded in death by her parents, her husband, a son, Jerry Mies, a brother, James Lynch and a sister, Nancy Wright.

Burial: Our Lady of the Lake Catholic Cemetery in Battle Lake.

To order memorial trees or send flowers to the family in memory of Ardeen Mies, please visit our flower store.