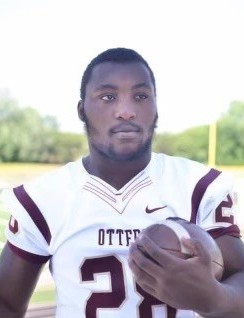 Aaron Larry Billings, 22, of Fergus Falls, Minnesota passed away Monday, February 21, 2022, at Sanford Medical Center in Fargo, North Dakota. He was born in Houston, Texas. Aaron and his twin brother, Isaac joined the Billings’ family at the age of five and moved to Minnesota. After joining their family, he attended Morning Sun with his brother Jake and after a couple of years, he transferred to the Fergus Falls Public School and graduated in 2018.

Aaron started his football career in the third grade with Parks and Recreation and ended as one of the team captains in his senior year.  Aaron also wrestled and played baseball, played many musical instruments from the Drums while in the Youth Praise Band at the Nazarene church to Percussion, Trumpet, and trombone in KSS band. He spent many hours lifting weights and cross training. Aaron had a very specific diet and was dedicated to staying fit. He even set several deadlift records in high school.

Aaron was extremely athletic and truly loved football.  After high school Aaron was going to play at Southern Methodist University in Dallas, Texas, which was his dream to be accepted at a D1 school.   With a full ride scholarship. He was even offered paid training in Arizona with NFL athletes. At training in Arizona, he was diagnosed with bone cancer.

Aaron loved to fish and camp with his family. He loved to watch ESPN and Sunday football with his family as well. He also enjoyed social media, making tik-tok videos vloging with his friends.

He is preceded in death by his grandpa’s, Keith Billings of Cedar Falls, Iowa and Dwight Oliver of Fergus Falls, Minnesota.

A memorial service will be held at 4:00 PM on Thursday, March 3, 2022, at Hilltop Celebration Church in Fergus Falls, Minnesota, with a visitation one hour prior.

Burial will be held following the service at Bethlehem Cemetery in Fergus Falls, MN.

To order memorial trees or send flowers to the family in memory of Aaron Billings, please visit our flower store.