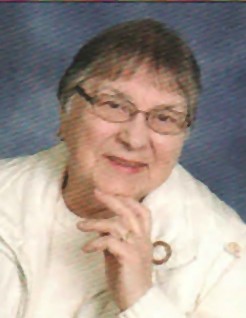 Rita Ann Mann Buntje passed away peacefully at the Battle Lake Good Samaritan Center Thursday, February 25, 2021 at the age of 83.

Rita was born on May 5, 1937, in Breckenridge, Minnesota to Raymond and Grace (Brosh) Mann.  She was baptized and confirmed in the Breckenridge Lutheran Church.  Rita graduated from Breckenridge High School in 1955 and furthered her education at Moorhead State College graduating with an Associate Arts Degree in 1957.  After graduating, Rita worked in Moorhead until she married Richard Buntje on June 10, 1961, at the Breckenridge Lutheran Church.  They lived in Battle Lake and moved to Otter Tail Lake in 1965.  Rita used her bookkeeping skills part time with Dr. George Morgan, DVM, and Vikingland Tourism while her children were growing up.  In 1974 Rita joined the Otter Tail Nursing Home as their Business Office Manager until her retirement in 1993.

After marriage Rita enjoyed helping with Dick’s baseballs teams, hosting their annual pig roast from 1976 – 1988, attending the state basketball tournaments, and enjoying time at their Otter Tail Lake home.  Rita bowled and in 1977 took her first airplane ride to Milwaukee to compete in the National Bowling Tournament with her mom in the doubles competition.  Rita also loved to sing and sang with the Otterbelles and Sounds of Joy groups.  She was an active member of First Lutheran Church where she taught Sunday School and served on many boards throughout her faith journey.  Rita also belonged to the American Legion Auxiliary and enjoyed her book clubs and bridge groups with friends.  She was active in the Balmoral Ladies Golf Association. Rita’s grandchildren were a highlight of her life, and she loved the many summers they spent with her on Otter Tail Lake.

In lieu of flowers, donations may be directed to Battle Lake 542 Education Foundation, First Lutheran Church of Battle Lake, or a charity of your choice.

Due to Covid restrictions a private family service will be held in Battle Lake.

To order memorial trees or send flowers to the family in memory of Rita Buntje, please visit our flower store.